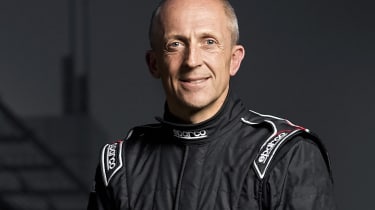 Aston Martin has announced its latest high-profile hiring in the form of Chris Goodwin.

He will be joined at Aston Martin by Simone Rizzuto, who will take up position as Chief Engineer of Vehicle Dynamics, having previously worked at Alfa Romeo and Maserati on vehicle performance testing and integration.

Both join at a time of growth for Aston Martin, which has recently launched V12 and V8 variants of the DB11 and has just unveiled the latest V8 Vantage. The DBX luxury SUV is on the horizon too, while a large push for hybrid and electric vehicles and a mid-engined supercar are also on the way. 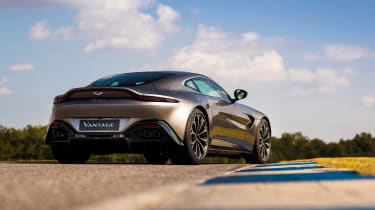 The lineup will be something of a change for Goodwin, whose current CV includes McLaren’s entire road car range, but the appointment suggests good things for future Aston Martins, particularly following the similar coup of attracting Matt Becker from Lotus a few years back and more recently, Max Szwaj and Joerg Ross from Maserati’s powertrain department.

Aston Martin CEO Andy Palmer said he is ‘thrilled’ at the new appointments, calling them ‘a great endorsement of our future plans’.

The news comes just a day after rumours that Aston Martin’s owners are considering floating the luxury brand on the stock market, following a period of rising sales and new products. Italian private equity firm Investindustrial and a group of Kuwaiti investors currently own around 90 per cent of Aston Martin between them.