Other stars include a pair of flat-nosed Porsches, a manual 355 and a Clio V6 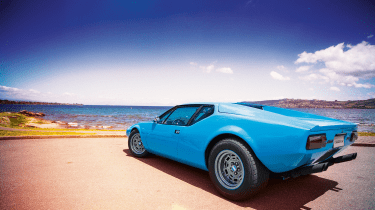 One of the 1970s’ most intriguing supercars and a muscular British sports car are among the vehicles crossing the block at the upcoming Silverstone Classic sale with Silverstone Auctions.

The 1972 De Tomaso Pantera and 2007 TVR Sagaris join a host of other exotic sports cars at the event on 21-22 July, with the Silverstone Classic Race Car sale taking place two days earlier on July 19th.

It’s the Pantera that catches our attention though, with its mix of American V8 muscle and sleek Italian lines. Conceived as a replacement for the De Tomaso Mangusta, the Pantera packed a 351 cubic inch (5766cc) Ford "Cleveland" V8, making 300 horsepower through a five-speed ZF transaxle. 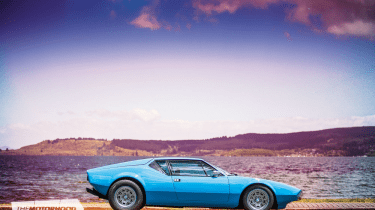 This example is a particularly early “pre-L” car - the L made 330bhp - but still puts enough power to its rear wheels for a five-and-a-half second dash to 60mph and a 174mph top speed.

The car up for auction should be fairly healthy, having enjoyed a restoration between 1995 and 2003 in which the engine, gearbox and transaxle were rebuilt and the car acid-dipped and resprayed and its Campagnolo wheels refurbished. You’ll note it’s also missing the enormous US-spec bumpers originally fitted to US and European cars, and it’s all the better for it.

Panteras don’t quite have the following of some of their European counterparts from the 1970s, so the £56,000-£66,000 estimate (before buyer’s premium) looks quite reasonable. 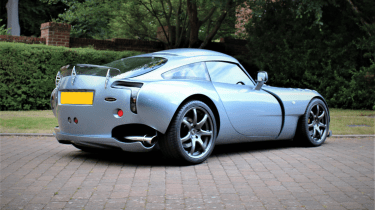 You’ll pay similar for the brawny Brit from Blackpool - £65k-£75k for this particular 2007 Sagaris. With a 4-litre straight six and 406bhp it’s capable of brawling its way to 60mph in only 3.7sec, and an inspection as recently as 2017 suggests the car will be as dependable as it is quick. Yet perhaps the best aspect of the Sagaris - even above its performance - is that incredible styling, and this car’s metallic grey (which looks to have a blueish tinge, at least in pictures) suits it perfectly.

Our next eye-catcher is a 1994 Ferrari F355 Berlinetta. Not an uncommon Ferrari by any stretch, and certainly not in the classic combination of Rosso and Crema. But it’s a reminder of just how right the 355 looked, and with a six-speed gated manual transmission, what we’ve missed in recent Ferrari performance cars, however remarkable they are on the road. 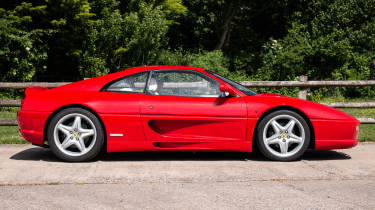 £58k-£64k should secure this particular car, which increasingly sounds like great value (particularly when less exotic contemporaries like the Honda NSX and Porsche 993 are commanding similar money), and it’s presented with a full history for its 48,000 miles.

Next is a pair of interesting Porsches. First is an oh-so-80s Rinspeed R69 - a kind of twisted 1980s concoction of Porsche 930 and Testarossa, complete with a flat nose, huge side strakes and an elongated tail, with Gotti split-rim alloys. It underwent its conversion by Rinspeed in 1983 and has covered 69,000 miles under one family. It’s being sold with no reserve, so the value is anyone’s guess.

Next is an original Flachbau in Minerva blue, hailing from 1986 and with 33,791 miles of history to its name. It’s one of only 18 right-hand drive models produced that year and has a modest five owners, with options including heated seats and a limited-slip differential. Its originality is apparent in the anticipated sale price: £150,000-£170,000. 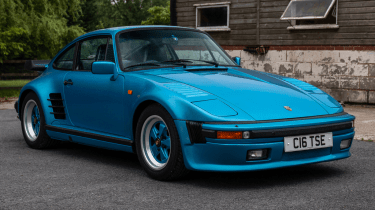 Rounding out our picks are a stunning Iliade blue Renault Clio V6 Tom Walkinshaw Edition from 2001 - a phase 1 car, one of only eight in that colour and one of only two with a prototype leather/Alcantara interior (estimate: £30k-£40k) and an even more beautiful Lancia, a 1972 Fulvia Sport.

Designed and constructed by Zagato, it was supplied new in the UK with a 115bhp HF-spec 1.6-litre V4, and has undergone a full restoration. The estimate of £25k-£30k looks fair considering the condition and the ever-increasing values of its contemporary rival, the 105-series Alfa Romeo Giulia GT.

Head to the Silverstone Auctions website for the full lot list and more details on the upcoming auction - and click any of the images above to view more of the cars mentioned.