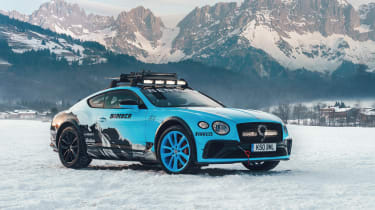 In 2019, Bentley conquered the world-renowned Pikes Peak hill climb course with a lightly modified version of its Continental GT road car, claiming the production car record. Paying homage to its ice speed records of 2007 and 2011, the British marque is now taking the Continental GT to the GP Ice Race in Zell am See, Austria, on 1 and 2 February.

Coming to fruition in 1937, the ice race incorporates a ‘traditional’ timed lap on a 600m circuit carved from the snow, and what’s known as ‘skijoring’. The latter sees a skier towed by a car over snow and ice, dating back to the 1928 Olympic Winter Games in St. Moritz, when cars were swapped for horses.

Though snow and ice is the last place you’d expect to find a £160,000 GT, Bentley is keen to emphasise that very little has been changed from road specification. The standard 626bhp, 664lb ft twin-turbocharged W12 sits at its core, with a rear roll-cage, on-board fire suppression system, and Sparco racing seats included solely for safety. Though power figures remain standard, exhaust manufacturer Akrapovič has provided a custom system to enhance the Continental’s sound.

As far as performance-enhancing modifications go, ride height has been lifted to improve clearance, track width has been increased by 15mm, and sitting within the now-widened arches are studded Pirelli Scorpion tyres. High-performance lights have also now been fitted to the roof for when visibility becomes an issue, alongside a pair of ‘Bomber for Bentley Centenary Edition skis’, on a bespoke roof rack. 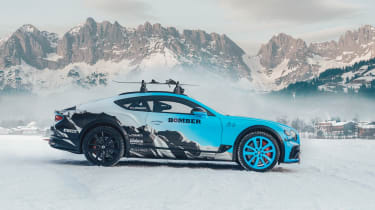 The one-off Continental will hit the ice early next month, piloted by rally driver Catie Munnings. She said: ‘I spent some time on ice in the car just before Christmas. At first I thought it would feel heavy, but I was amazed by how dynamic, nimble and responsive it is. It can dance like a lightweight rally car, and I can’t wait to race it at such an iconic event.’ 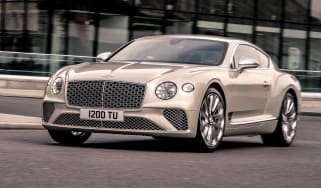 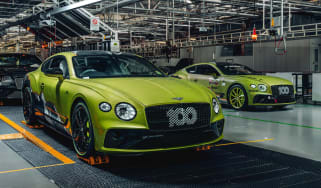 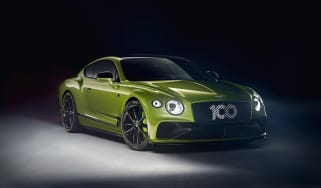