BMW’s new GT3 racer will take to the track next year, before a full-season assault in 2022 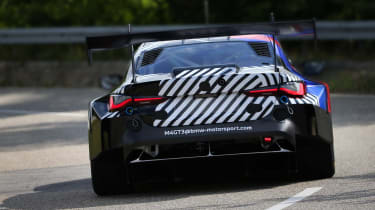 The new BMW M4 GT3 racer has been partially revealed to racing fans ahead of its full debut later in the year. The M4 GT3 will replace the current M8 GTE that was so controversial upon its entry to WEC events due to its sheer dimensions, dwarfing other racers on the track and turning itself into a comical internet meme in the process. For this new generation of racer, BMW will return to GT3 regs, a class it last competed in with the M6 GT3.

We suspect the M4’s more sensible proportions will stop this from happening again, but we can’t say the same for its supersized grille, which will no doubt be embroiled in its own controversy when we see the new M3 and M4 later this year. 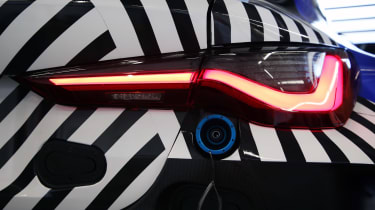 This new racer has been developed in parallel with the road-going version, a car of which not only donates its basic chassis and platform, but also the S58 turbocharged straight-six engine. Although final outputs have yet to be confirmed, they will need to adhere to the appropriate GT3 engine regulations, likely matching the road car’s 503bhp power figure.

While the underlying construction of the M4 GT3 will share plenty with the road car, the competition car will be significantly wider and lower, with a full FIA-approved crash structure built within the sleek new coupe body, not to mention the usual mix of race-specific components around the drivetrain, transmission and differential. 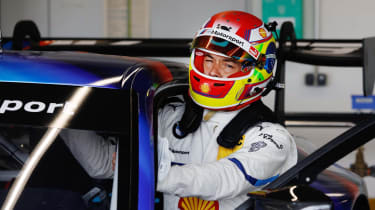 BMW won’t race the new M4 GT3 in a full year’s competition in 2021 either, instead using selected races in that season as a rolling test bed before factory and customer teams launch with a full assault on GT3 classes around the world in 2022.

While it’s important for manufacturers to be seen to be investing in new-tech-style racing series such as Formula E or the new hybrid-entry WRC, the continued participation in traditional racing classes – especially for cars such as these with such a close connection to their road-going stablemates – is as crucial as ever for performance brands such as BMW M GmbH as they continue to diversify in the constant hunt for lucrative market share.