In the vast majority of models, the automatic versions are cleaner and more efficient, save for a few instances where they match the manual’s figures. And as you might expect, equipping xDrive has a marked adverse effect on economy, emissions and – by extension – BIK rates over comparable rear-wheel drive Threes. 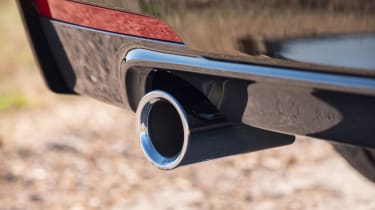 All of those figures will depend heavily on your typical driving requirements, though. Using any of the performance available will see those MPG figures drop. The 3-series is still a respectably efficient car, however, just perhaps not as righteous as its official figures suggest.

If you’re really worried about fuel use the one to look out for is the plug-in hybrid 330e, with a claimed 148.7mpg and 44g/km of CO2. Like any plug-in car, they use the least fuel if you only potter around town and are able to regularly recharge. Pounding up and down the motorway burning petrol and never see a plug socket will result in an MPG figure similar to that of an ordinary 320i.