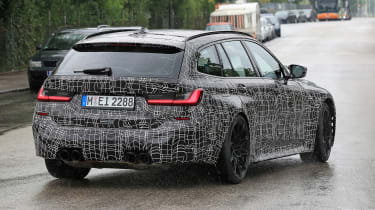 The new BMW M3 Touring has been spotted in some revealing new images, giving us a look at what to expect when it arrives in a couple of years time. It has taken 34 years, but finally BMW M is to build an official M3 Touring when the new M3 and M4 models are revealed later this month.

It’s only the third time BMW M has built a production Touring model, both previous Touring models were of the larger M5, first 1992 with the E34 and 2007 with the E61. Arguably there's always been a stronger case for an M3 Touring over a M5 variant and clearly someone in Munich has worked this out. 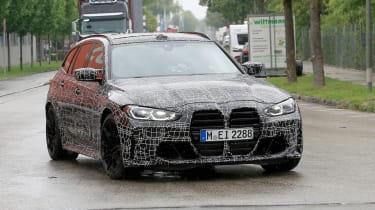 The new images show off its unique body, sharing the dramatic nose with the incoming M4 and M3 saloon, but combining it with a widened version of the 3-series Touring’s body shell.

There has been a prototype M3 Touring in the past, back in 2000 when an E46 was produced for test and evaluation but nothing came of it, sadly. Now, however, BMW M will develop a Touring variant of the new six-cylinder, twin-turbocharged M3 alongside the saloon and M4 coupe and cabriolet variants. The Touring has only just started its two year development cycle, however, so don’t expect a delivery before 2022.

In terms of specification we’ll need to wait until late September before BMW reveals its new M car and provides all the detail, but it has already confirmed all new M3 and M4 models will use the S58 turbocharged in-line six-cylinder engine. Two power outputs will be offered: 473bhp and 503bhp for the standard M3/4 and M3/4 Competition respectively, with two transmissions also offered; the standard 473bhp M3/4 available exclusively with a six-speed manual transmission, while the 503bhp Competition models will utilise an eight-speed torque-converter automatic transmission. Both models will share a 442lb ft peak torque figure.

With the M3 Touring it will be the first time that BMW will match its rival Mercedes-AMG in all sectors, the Stuttgart firm having offered its C63 in saloon, estate, coupe and cabriolet forms since launch. With the new C-Class due for launch in Q2 2021, the AMG derivatives with their four-cylinder hybrid powertrains should arrive at the same time as BMW’s first M3 Touring. 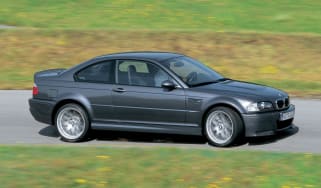