You’d probably not choose a Caterham Seven as an economy car, but for something with the potential for such huge performance, they can be surprisingly affordable to run.

Caterham only quotes fuel economy for the basic Seven 160, mainly because it’s absolutely remarkable – 57.6mpg combined, with only 114g/km of CO2. The latter means an initial bill of £160 for VED (something not even the frugal 1.5-litre Mazda MX-5 can manage, with 139g/km and a first year bill of £200), with annual VED of £140 thereafter. That economy-car engine really pays dividends here. 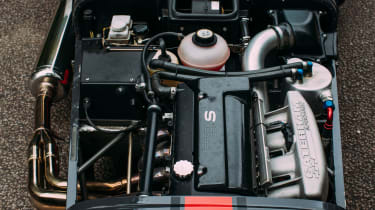 You can expect the four-cylinder Sevens to be less economical, though on a steady cruise you shouldn’t expect too many shocks at the pumps from most of them. Better will be the way you don’t chew through tyres or brakes as you might from a heavier performance car, and with so few toys in the cabin, there’s little to actually go wrong in the first place.

As a car from a small-volume manufacturer though, there’s still the potential for little, niggling faults and the occasional failure to proceed, so factor this into your buying decision and set aside a little money for unexpected costs. On the plus side, slow depreciation means you'll not take too great a hit when you come to sell up.