Now a separate entity from Citroen, DS will bring its own brand of haute couture to the Festival of Speed 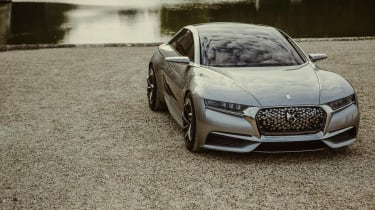 Traditionally, French carmakers have struggled to make inroads into the luxury vehicle market, with typical French originality missing the mark in a sector that thrives on conservatism. Think Citroen C6, or the Renault Avantime.

Citroen’s latest attempt at automotive luxury, with the standalone DS Automobiles brand, takes a different approach. It’s set to make its first UK appearance at the Goodwood Festival of Speed.

The DS name is already well-established in the marketplace, largely thanks to the Citroen DS3 launched in 2009. Citroen had sold over 320,000 DS3s as 2014 drew to a close, cutting its own little slice of the market for upscale superminis previously dominated by Mini.

DS3 was followed by DS4 in 2010 and DS5 in 2011. Neither has had quite the success of the smaller car, but each has presented an alternative luxury option for buyers whilst still providing the reassurance of a major automotive brand. 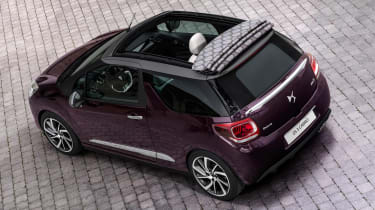 Now the models are familiar, DS can take its own form. The Citroen herringbone gears have disappeared from the grille, replaced by a DS ‘wings’ badge, and the brand can speak loud its spiritual links to the Citroen DS of 1955.

It’s this 60th anniversary the brand will celebrate at the Festival of Speed. An original 1957 DS will be on display, as will the latest manifestation of the firm’s qualities in the Divine DS concept, as presented at Geneva.

Citroen – or rather, DS Automobiles – says the Divine DS offers a vision for the future of the DS brand. It has also inspired something DS calls #divineDSmoments at the show, with prize opportunities and a series of limited edition chocolates.

The Festival will mark the UK debut of the DS 5, which visitors can drive at the Moving Motor Show should they visit on Thursday 25 June. It will be joined by the refreshed DS 4 and DS 3. Three of the latter will also be available to drive up the hill – a DSport THP 165, DSport Cabrio THP 165 and DS 3 Cabrio Racing.