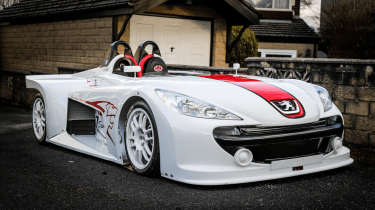 Race Retro’s popularity grows every year, and with the opportunity to see classic rally cars in action on the adjacent rally stage, the appeal is clear.

While some will take time to watch Mk2 Escorts and old Group A stars going sideways, others will sit patiently waiting for their chance to bid on some of the show’s other highlights at the annual Silverstone Auctions Race Retro sale.

There are certainly some interesting shapes in this year’s auction, from a trio of Lotus Carltons to classic race cars, track specials and the obligatory roster of old Porsche 911s.

The first car to catch our eye though is a 1994 Saab 900. Not just any 900 of course, but a turbocharged model built and campaigned by renowned Saab specialists Abbott Racing. With several podiums to its name, a competition history including a Nurburgring 24 Hours entry and eligibility in some current events it’s an unusual slice of Saab competition history and its £22,500-£27,500 estimate doesn’t seem excessive. 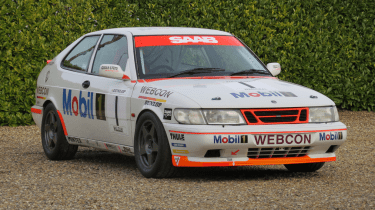 Similarly intriguing is lot 326 slightly further down the order, a Prodrive-prepared 1993 Impreza used as a recce car. It’s spent some of its later life as an actual rally car, so the listing suggests it may have been reshelled at some point, but recent engine and gearbox rebuilds mean there’s plenty of life left in it, and with a £20k-£30k estimate it’s a great deal cheaper than a bona-fide Group A Impreza.

A figure somewhere between £22k and £26k will get you a rather unusual race car, in the shape of a 2007 Peugeot 207 THP Spider. Don’t recognise the name? You may recognise the shape, as it was used for a few years in Peugeot’s single-make racing series. Custom spider bodywork clothes a mid-engined chassis powered by a 175bhp, 1.6-litre turbocharged four-pot from the contemporary 207 GTI, and it weighs just 720kg. Track day dominance awaits… 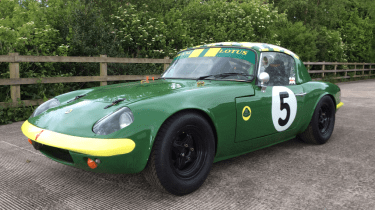 Unless someone turns up in a 1963 Lotus Elan 26R, that is. With a homologated weight of 580kg and around 180bhp its 310bhp/ton figure eclipses the Spider’s 243bhp/ton, though with a £60k-£70k estimate, so does its value. The example going for auction has race history in Sweden and Denmark and a modest spares package.

Elsewhere you’ll find not one but three Lotus Carltons (one wearing Opel Omega badging), and 1995 and 1996 examples of the Ford Escort Cosworth. Both of these models are regulars at modern auctions, with prices rising all the time, to the extent that with a £65k-£75k estimate for the cleanest Carlton and £80k-£90k for the 838-mile 1996 Cossie, several cars from more exotic brands fall below them. 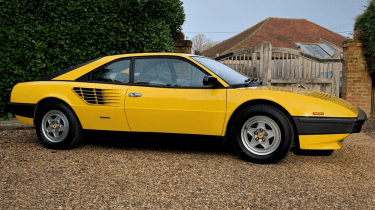 An ex-BMW press car E30 BMW M3 from 1989 also catches our attention, resplendent in Zinnobar Red, recently restored and having covered only around 3000 miles of its 137,000 total since an engine rebuild and blueprinting. These cars have certainly been cheaper, but it seems fairly remarkable in the current climate that an example like this still carries an estimate of only around £45k-£55k. 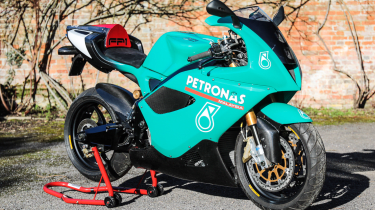 As a final highlight, how about a two-wheeler? British motorcycling legend Carl Fogarty spent his most successful years on a Ducati, but some might also remember his move into producing his own bikes. While the Foggy Petronas FP1 superbike proved unsuccessful on the race circuit, the road-going versions are certainly rare with just 100 units made (and a further 50 race bikes). The Petronas colour scheme stands out and the three-cylinder 900cc makes 127bhp. It carries a £30k-£35k estimate.

The Race Retro Classic Car Sale 2019, hosted by Silverstone Auctions, takes place on the 23rd February at Stoneleigh Park just outside Coventry. You can view the full lot list here.