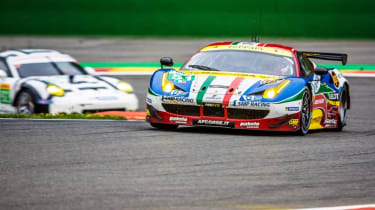 This weekend’s 6 Hours of Spa saw Audi steal victory from Porsche in one of the closest-fought WEC races in the series’ history. Though the race was a classic, its nature as the round preceding the world’s most iconic endurance race, the 24 Hours of Le Mans, means it's often viewed as a dress rehearsal. With this in mind, we decipher what the weekend’s racing suggests for the 2015 24 Hours of Le Mans.

A standout feature of the race at Spa came in the form of Porsche’s dominant straight-line speed. Each of the LMP1 teams tested Le Mans-spec downforce packages in Belgium (Audi ran two cars in full Le Mans-spec during the race), so the strength of the Porsche 919 Hybrids and their 8-megajoules of hybrid energy (double that of the Audi R18 e-trons) along Spa’s Kemmel Straight suggests the Mulsanne Straight of Le Mans will be a Porsche hunting ground.

The Porsche’s acceleration advantage was clear to see – the 919s simply breezed past the R18s out of Raidillon – but interestingly, it was the Audis who topped the timesheets through sectors two and three. Such was their dominance through these sectors in the race, that average speeds of the top three cars were near enough identical: the winning Audi R18 averaged 132.79mph, while the following Porsche 919s averaged 132.72 and 132.79mph respectively.

So while the Porsches out-accelerated their rivals in a straight line, the grippier Audis excelled through the more technical sections. Visual evidence came when the number 7 R18 was able to steal the lead from the number 17 919 on the outside of Les Fagnes, suggesting high speed corners like Le Sarthe’s Porsche Curves will suit the Audis. 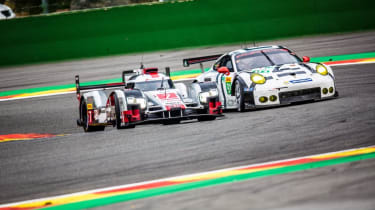 Spa didn’t just offer a glimpse of each car’s performance however; it also provided Audi and Porsche with their first chance to run all three of the cars they’ll field at Le Mans. Both teams raced with their full Le Mans driver line-ups too, and the resulting six-car battle in LMP1 suggests it’ll be a six-way battle for the win at the 24 Hour race. This battle will include drivers like three-time Le Mans winner André Lotterer, F1 race winner Mark Webber and young charger Brendon Hartley, so expect world-class driving around the clock.

Titleholders Toyota struggled to match the pace of the leading German teams at Spa. Unless the reigning champions can substantially improve straight-line performance – its cars lagged some 11mph behind Porsche’s highest top speed of the weekend with 187.47mph to Porsche’s 198.53mph – it looks as though the Toyota TS040 Hybrids will struggle to keep up with its LMP1 rivals. Toyota’s strategists will have to be on their toes to capitalise on any incidents or surprise scenarios. 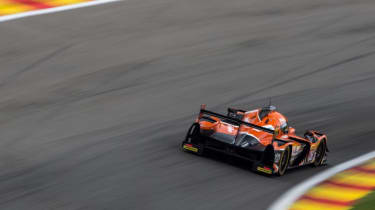 Of course, Nissan is yet to run its front-driven GT-R LM Nismo LMP1 car in a race, so we can only guess how it’ll fare at Le Mans. But given the extra experience its rival LMP1 teams have thanks to running in the WEC, plus the complexity of the Nissan’s unique design, Porsche and Audi should be feeling pretty confident. Toyota, however, may not be so safe from attack, especially if it rains – the GT-R LM Nismo’s drivers are all claiming it is incredibly stable in slippery conditions. A wet race might even see Nissan surprise Porsche and Audi...

Further down the field at Spa, LMP2’s G-Drive Racing lost its 26 car to an engine failure, ensuring the team wasn’t able to repeat its dominant performance at Silverstone and handing the class win to title rivals Jota Sport. Much like LMP1, the LMP2 class should be fiercely contested. 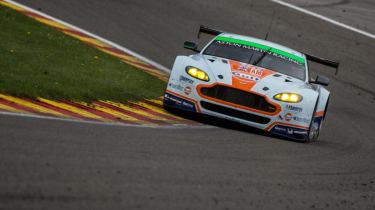 The LMGTE Pro class also saw close racing throughout, with the seven-car field of Porsche 911 RSRs, Ferrari 458 Italias and Aston Martin V8 Vantages banging wheels to set fastest lap times separated by just nine-tenths of a second. As if that wasn’t close enough, Corvette Racing will join the class at Le Mans with its Corvette C7.R, meaning the race is quite literally anyone’s.

Given that the 6 Hours of Spa provided us with the sort of frantic wheel-to-wheel racing we’d normally associate with a 20-lap sprint race, predicting a winner for this year’s race is proving incredibly difficult. It appears that the only certainly is that the 2015 24 Hours of Le Mans race could be one of the closest fought in the iconic race’s history.

Join us on 13-14 June as we cover the 24 Hours of Le Mans live from the Circuit de la Sarthe on evo.co.uk. Watch the 6 Hours of Spa race highlights below.