As Audi has shown over the past decade and a half, consistency is key at Le Mans 24 Hours. Gradual evolution, consistent driving talent and whittling away at poor practices has seen the firm dominate the tough 24-hour race since 2000, being beaten only twice in that time.

Yet as the current World Endurance Championship shows, endurance racing is far from an innovation-free zone. Whether in terms of the team's ethos or the method by which a manufacturer goes racing, several vehicles throughout Le Mans' history have disrupted the status quo.

We've selected five vehicles that have done just that. From Ford's determination to beat Ferrari, to Nissan's decision to enter a front-wheel-drive LMP1 car, these are the black sheep of Le Mans. 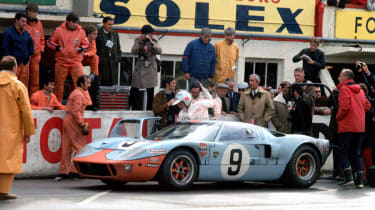 Ford GT40 – beat Ferrari at its own game

The story of the Ford GT40’s conception has become legend. Presented with the opportunity to buy Ferrari in 1963, Henry Ford spent time and many millions of dollars in legal negotiations only for Enzo to cut off talks over contract agreements. Incensed, Ford sought partners to end Ferrari’s dominant run at Le Mans, eventually teaming up with British firm Lola.

The result was the Ford GT40, the name referring to ‘Grand Touring’ and the car’s height in inches. It was fast immediately, though failed to win on its Le Mans debut in 1964, but under the guidance of Carroll Shelby, GT40s took the first three places at Le Mans in 1966.

Rapid development and drivers such as Jochen Rindt, Chris Amon and Dan Gurney saw GT40s take victory in the three following years too, before the legendary Porsche 917K secured the first Le Mans win of the 1970s. By then, the GT40’s place in history was sealed and the car subsequently influenced the Ford GT of 2005. 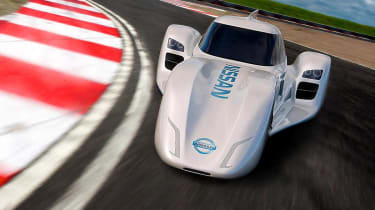 Mazda’s victory at the 1991 Le Mans 24 Hours was historically significant for several reasons. Firstly, it was the company’s first and only victory at the famous race. Secondly, it was – and so far remains – the only time that a Japanese manufacturer has won the event, despite valiant attempts from both Nissan and Toyota over the years.

And thirdly, it became, and again remains, the first victory for a vehicle powered by something other than a reciprocating piston engine. It wasn’t the first time a rotary engine had been entered – Mazda fielded Wankel rotary-powered racers for several years prior to its success.

The four-rotor R26B engine displaced 2616cc and developed almost 700bhp in Le Mans specification. The 787B was economical by Le Mans standards and reliable too. The drivers – Johnny Herbert, Bertrand Gachot and Volker Weidler – were instructed to drive flat out to take advantage of the Mazda’s strengths. Herbert stayed in the car at his last pit stop, famously collapsing from dehydration after the race, but the combined efforts of the team were enough to secure the historic victory.