Here's your guide to the most exciting sports cars and concepts from the Tokyo motor show, updated with live images 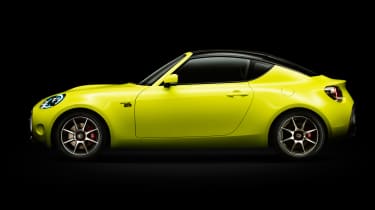 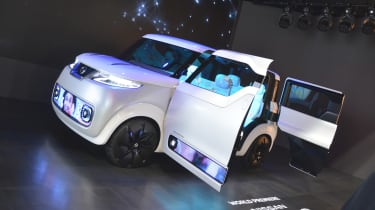 Yes, it's really called that. Teatro for Dayz is aimed at a group of consumers Nissan calls 'share natives', younger people who've grown up with connectivity as part of their everyday lives. It's a car designed to appeal to people who otherwise hold little interest in cars, by making it more like a smartphone - instantly customisable, and more about connectivity than the experience of driving.

We can't help feeling Toyota's S-FR concept (see below) or even the Gripz concept on page one is a better solution, but we'll have to wait and see whether these 'share natives' take to such a design. Could this in fact be the least evo car ever? 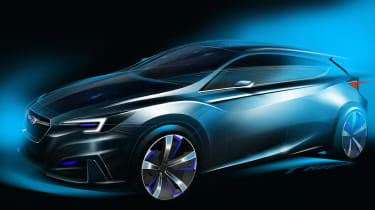 We’d not normally get too excited about a regular five-door hatchback, but the Impreza name has always been close to evo’s heart, despite some blips in form along the way.

And, judging by the early sketches, the next Impreza could be something of a looker. Subaru calls its design language ‘Dynamic & Solid’ – we’re just hoping there’s a turbocharged model in the pipeline to challenge the latest generation of 300bhp hot hatchbacks. 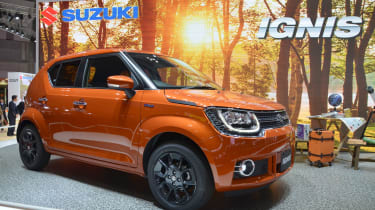 An Ignis, on evo? Worthy methods of transport though they are, Suzuki's city cars aren't typically the kind of vehicles we'd look towards for the Thrill of Driving. However, we reckon the Ignis is a little more interesting. Firstly, the styling is neat, fresh and modern without resorting to either excessive aggression or cutesiness. Secondly, the last time we drove an Ignis - the rally-refugee Ignis Sport - it was a whole heap of fun.

Could this generation be as entertaining? At the show, the Ignis is powered by a 1.2-litre four-cylinder powerplant, with a mild hybrid system and either two- or four-wheel drive. There's no sports model available as yet - nor has it quite reached the UK. 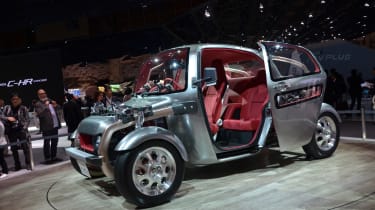 Putting more mechanical beauty on show than any car since the Ariel Atom, Toyota's Kikai concept has a noble aim: To 'make the car’s mechanical parts something to be seen and admired, rather than concealing them from view'. That explains the ornate suspension arms, exposed frame, tangle of chromed exhausts and the pod-like body with its beautifully-detailed interior.

The attention to detail is equally striking in the metal. Far from not knowing where to look, your eyes are drawn to and linger on individual components. Where Nissan's Teatro for Dayz concept positively discourages driving, the Kikai turns the car into rolling art. 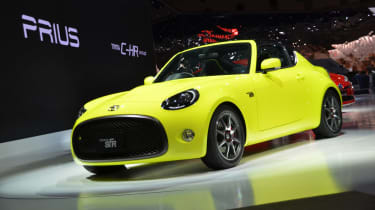 Perhaps the most exciting car at Tokyo so far is also one of the smallest. The S-FR concept is Toyota’s is Toyota’s interpretation of a lightweight, compact sports coupe. Styling is clearly inspired by the Sports 800 of the 1960s, while the interior is simple and striking. It’s front-engined, rear wheel drive, and has a manual gearbox.

Unfortunately, Toyota didn't confirm any more details at the show, reinforcing its status as a concept for now, but it's very similar in size to a rather popular roadster from one of Toyota's Japanese rivals, the Mazda MX-5. What Toyota president Akio Toyoda did confirm is that the company is keener than ever to make driving something to relish and enjoy, so it may not be the last we see of the S-FR. 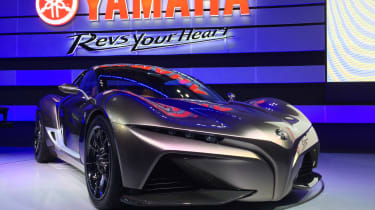 This is Yamaha's Sports Ride Concept, which previews Yamaha's vision of a two-seat, mid-engined sports car infused with motorcycle-style fun. That's what Yamaha says anyway - what we know is that it uses Gordon Murray Design's iStream construction technology.

Yamaha has previously stated its intentions to enter the car industry, and its last - and as yet unreleased - product was the Motiv city car. Is the Sports Ride any more likely to make production in the near future?

You can keep track of all our Tokyo motor show stories on our hub page - and keep checking back, as we'll update this page as more cars are revealed.