Ferrari’s IPO raises £579.8 million – but will the bubble burst? 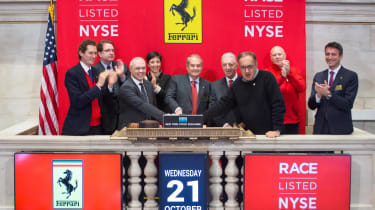 When Fiat Chrysler Automobiles sold a nine per cent stake of Ferrari on the New York Stock Exchange early this week, share prices shot to the top of the market. After releasing 17.18 million shares to the public for $48 to $52 (£31.16 - £33.76) each, demand quickly exceeded the available stock, so much so that share prices grew to $55 at the end of the first day of trading.

FCA’s shares have also increased in value by 60 per cent since Chairman Sergio Marchionne announced plans to sell a stake in Ferrari back in October 2014. Cash from the Ferrari sale is to be used to fund a €48 billion investment to expand FCA’s Jeep, Maserati and Alfa Romeo brands. And with such strong demand from the public to buy Ferrari shares, it looks like the plan was a major success. 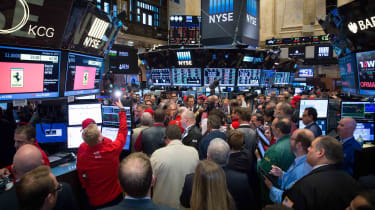 But while FCA has benefited, industry insiders have been quick to question whether the Ferrari bubble will burst, especially once the excitement of buying into a supercar maker dies down for prospective shareholders.

The problem lies in the company’s image: to maintain its luxury and exclusive profile, Ferrari has often limited the production of its models, and as a result, sales are comparatively small compared to bigger brands like BMW and VW. Add this to slowing demand for luxury goods in several emerging markets, and dramatically growing profit becomes incredibly difficult. The challenge therefore lies in whether Ferrari can maintain its image while also providing its shareholders with satisfactory returns on their investment. 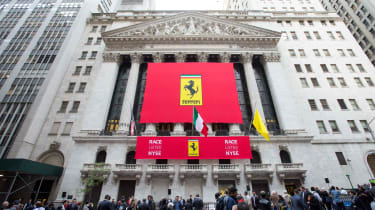 For now though, the brand is valued at a healthy £7.8 billion, including total debt inherited from FCA. Though this is significantly less than the world’s biggest carmakers – that’s almost a fifth of what GM is worth – it’s impressive given the carmaker’s considerably smaller production numbers (it builds around 7000 cars to GM’s 10 million per year).

The carmaker’s model line-up also appears to be going from strength to strength: its 488 GTB is widely acknowledged as being the most throttle responsive turbocharged supercar ever, and the recently unveiled F12tdf – an extreme, 769bhp version of its F12 supercar – has certainly got our pulses racing. But whether these impressive supercars will be enough to satisfy shareholders expecting to make big money remains to be seen...