The new Ford Fiesta has grown up with improved refinement and updated interior tech yet still offers class-leading driving dynamics. 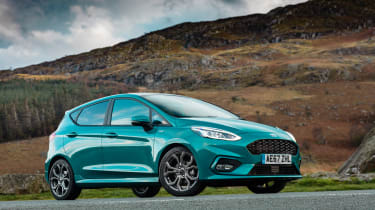 On paper the Fiesta offers up some pretty staggering economy figures but even driven pretty moderately you’ll struggle to meet them. The diesels are claimed to offer up to 88.3mpg for the 84bhp version while the considerably brisker 118bhp model has an official figure of 80.7. Mid to high 50s is more likely if you use the performance at all.

The petrol models all have figures in the low to mid 60s bar the only automatic version in the range (the 100PS Ecoboost), which has an official figure of 54.3mpg. In real world driving mid to high 40s economy should be possible in the Ecoboost models and it doesn’t seem to make a huge difference which power output you go for. 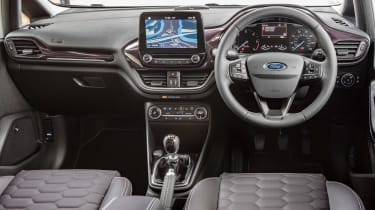 Traditionally Fords have majored on low running costs and this should be the case with the new Fiesta. Servicing intervals are every two years or 18,000 miles (whichever comes first) and can be covered by a Ford Servicing plan which should reduce costs further. A three-year 60,000-mile warranty is on a par with European rivals such as VW and SEAT but looks poor in comparison to manufacturers such as Kia and Hyundai.

Insurance costs should also be relatively palatable with the new Fiesta ranging from Group 2 to Group 15.