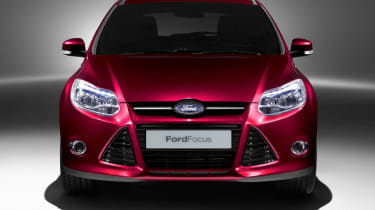 The new Ford Focus ST hot hatchback is coming. Ford has announced that there’ll be confirmation of an ‘exciting performance model’ when the all-new Focus family car makes its European debut at the 2010 Paris motor show at the end of September. And while there are no firmer details than that, we’d expect at least a concept to allow the new ST to grab headlines at the show. And it’ll be an ST rather than a replacement for the bonkers Focus RS, with an uprated version of Ford’s new Ecoboost 2-litre turbo engine expected to sit up front, powering the front wheels. In its current guise, Ford's new Ecoboost engine produces 200bhp and 221lb ft of torque. Expect hikes to around 250bhp and 250lb ft for the hot Focus, allowing a 0-60mph time of 6.0sec and a 150mph top speed. As the engine’s name suggests, it’s a bit more focused on cleanliness than before, with cutting emissions as high on the agenda as raising power. The outgoing Ford Focus ST boasts a character-rich five-cylinder 2.5-litre turbo; the Ecoboost 2-litre has just four cylinders, and on our first acquaintance with it (Ford S-Max review), it was a smoother but less appealing unit to use, perhaps inevitably. Mated to a six-speed manual gearbox and with a more tuneful exhaust note worked in, we might well be swayed, however… The Paris motor show opens to the press on 30 September 2010, and evo will be live from the show, so keep tabs on evo.co.uk for all the latest news and car reveals, including the new Ford Focus ST.