One of evo's favourite underdogs undergoes a mid-life refresh 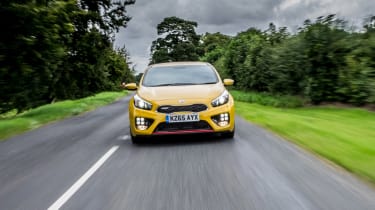 The entire Ceed and Proceed range was updated recently, with new 1-litre, three-cylinder direct-injection ‘ecoTurbo’ petrol engines with either 98 or 118bhp for low-end models and revisions to the diesel engines. A dual-clutch gearbox is also now available for the 134bhp 1.6-litre CRDI diesel model.

More exciting though is the top-of-the-range GT model you see here, which has also been run through the mid-life model refresh programme. We ran the previous Proceed GT on our long-term fleet for twelve months and rated it highly – can the new model improve on an already impressive product?

It uses the same 1.6-litre turbocharged 201bhp four-cylinder engine as before, but gains a new turbo that increases air pressure and lowers the peak torque rpm by 250rpm and increases the engine’s eagerness to rev. The open diff remains, while the suspension and wheel and tyre sizes are unchanged (although there is a new design for the 18-inch alloys). But the brakes are bigger, and brake-based torque vectoring is new.

The new turbo and revised mapping trims a tenth off the 0-62mph time (now 7.3sec) and the larger brakes improve the 62-0mph stopping distance by 1.2 metres. 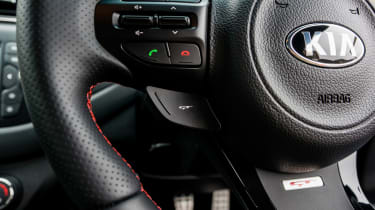 All mild changes, granted, but ones that remind us that this is a fine car. The Kia GT is a great ownership proposition, too. It’s well engineered and comes with Kia’s seven-year warranty. And if the extremely hard miles our long-termer endured are anything to go by, the new car should prove pretty much indestructible.

Dynamically it has no vices and still steers, stops and handles with the smooth consistency that we enjoyed in the old car – which saw it score highly in a test against its hot hatchback rivals in evo 207. The changes may be small, but they’ve enhanced an already well-sorted package.

Yes, a limited-slip diff would give the nose a little more bite, and yes, ultimate grip is a little lower than in the more focused hatches, but the lack of an ‘I’ at the end of ‘GT’ tells you everything you need to know. Ultimately, this is an honest car, and it’s becoming increasingly hard to say that about modern vehicles.

Don’t ignore the GT if you’re after a warm hatch. In terms of performance, ride and handling it’s competitive, and is arguably the best looking car in its class.

With 201bhp the Proceed GT sits in limbo between hot hatchbacks of its size, which with a few exceptions now boast north of 250bhp, and hot hatchbacks in the class below which sit around the 200bhp mark but carry less weight.

The Kia sits somewhere between the two classes in price too, at £23,605. For reference, a Volkswagen Polo GTI starts at £18,900, and a Golf GTI is £27,135. It’s closer to the Golf on price then, but probably closer dynamically too.

Other close rivals include the £22,495 Ford Focus ST – a car that lost out to the Kia in our group test, though undoubtedly great value for its 247bhp output – and the newly-introduced Mini Cooper S Clubman. The latter is a quirky choice and its looks are an aquired taste, but it offers 189bhp, it’s a little more grown-up than smaller Minis, and costs a reasonable £22,755. 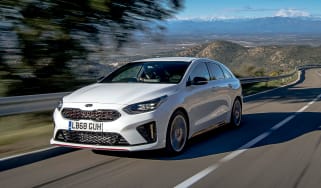 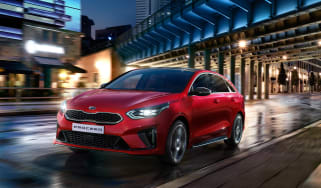 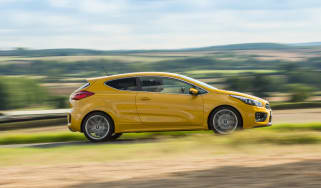 A talented all-rounder, but one lacking the final few degrees of performance and ability to put it among the greats
Kia Proceed GT review - All-round appeal for a competitive price

A talented all-rounder, but one lacking the final few degrees of performance and ability to put it among the greats
Chassis tweaks and torque vectoring for updated Kia Procee’d GT 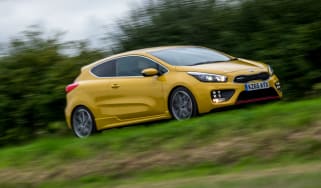 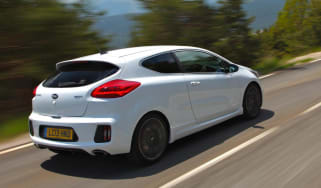 The Kia Proceed GT is the first proper hot hatchback from Korea. Should the VW Golf GTI be worried?
Kia Procee'd GT prices and specs 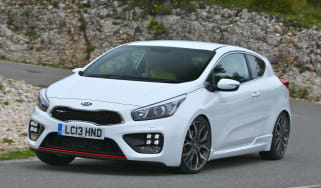 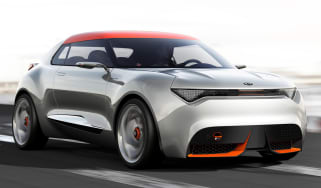 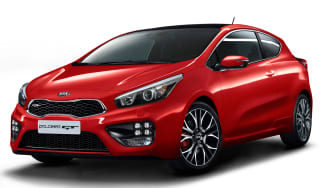 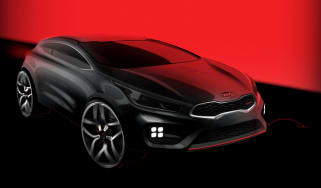 Kia has plans for its first high-performance model, a 200bhp pro_cee'd hot hatch, releasing a concept sketch of the new model
Skip to HeaderSkip to Content