Is the Clubman still worth considering over the usual junior-estate suspects? 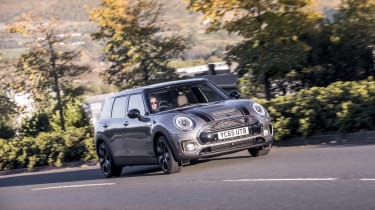 Modern Mini’s interpretation of the Clubman has been a Marmite car ever since its 2007 introduction. The majority didn’t get its quirks, but for those who did, its split rear doors and "suicide" side door gave it a more appealing character than the hatch. And Mini didn’t hold back on performance either, offering a full-fat John Cooper Works model.

For this, the new Clubman, Mini continues along the same path. The wheelbase is longer than the current Mini hatch’s and the car is wider, too. The rear doors still open like a van’s, and if you opt for the Comfort Access package a wave of your foot under the rear bumper will save you the trouble of opening them by hand. What hasn’t survived is the single side door; it’s replaced by a pair of conventional doors. That’s a shame, because the new Clubman now looks like a plain Mini estate that’s been stretched and pulled in every direction.

At launch two trim levels are offered – Cooper and Cooper S – with a choice of three engines and two transmissions. There’s a 1.5-litre three-cylinder turbocharged petrol for the Cooper and a 2-litre turbocharged four for the Cooper S, with a 2-litre diesel producing either 148 or 187bhp in the Cooper D and Cooper SD respectively. A six-speed manual gearbox is standard with an eight-speed Steptronic auto available on the Cooper S and both diesel models. The petrol Cooper is available with a six-speed Steptronic. Our Cooper S test car came with three-pedals.

The claimed 7.2sec 0-62mph time feels well within its grasp and with a good tailwind it will haul itself up to 142mph. 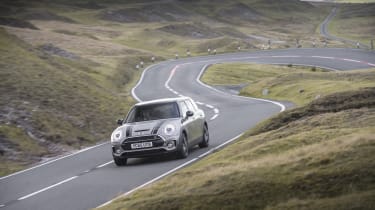 The switch to conventional doors means it’s easier to get in the new Clubman and once inside there’s more room and a bespoke dashboard. The dash features Mini’s familiar central circular infotainment hub, while the speedo and rev-counter are fixed to the top of the steering column. The changes are subtle (there’s a new centre console with more storage) and aim to give the Clubman a more upmarket appeal. Whether or not they succeed depends on how much extra you spend on interior options.

Despite its greater dimensions, the Clubman doesn’t feel large. It still has Mini’s great driving position, nice control weights and feels unique compared to its rivals. The 189bhp turbo four delivers a linear surge of power and with 206lb ft ready from 1250rpm, the Cooper S always feels on its toes. The manual ’box doesn’t have the sharpest action but you can hurry through the ratios and keep the TwinPower motor on the boil. The engine’s quite slow to rev, however, making heel-and-toe downshifts frustrating.

The Clubman has a better ride than its hatchback cousins, with additional suppleness to how it deals with harsh surfaces. The longer wheelbase adds an additional level of body control when the undulations come thick and fast and the corners are long and open. The only issue is from the standard-fit Pirelli Cinturato tyres. As we’ve found on our JCW long-termer, they simply aren’t up to the task, relinquishing grip far too early in corners with a sensation of the sidewalls falling in on themselves. It’s enough to make you back off and stop enjoying all that the Clubman has to offer.

In Cooper S spec the Clubman is an interesting, enjoyable alternative to the hatchback and small-estate norm. Just make sure the first thing you do is switch those tyres. 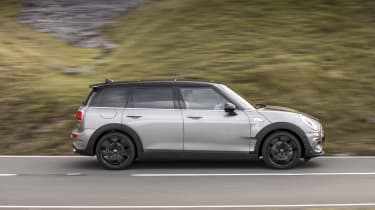 Finding a true rival to the Clubman is actually a little difficult, given its fairly compact size compared to other estates. In many ways it's more comparable from regular C-segment hatchbacks like the Ford Focus and Volkswagen Golf, so while something like an Audi S3 Sportback is a step up in terms of cost (£32,950), it's much more similar in terms of performance and space.

Alternatively, the likes of a Ford Focus ST estate will give you lots of load lugging ability with strong performance for Mini-like money - the petrol model is £23,850 (the hatch is £22,750), while the diesel is a fiver less. 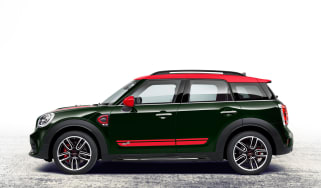 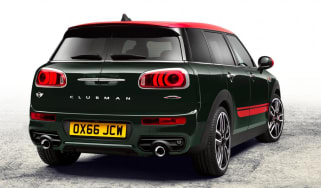 More practical Mini is the most powerful Clubman yet
Mini Clubman Cooper SD ALL4 review - Is the 4WD, diesel, Clubman still as fun as a Mini should be? 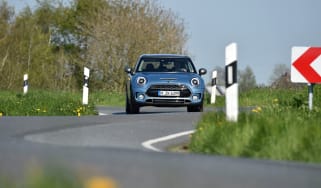 Mini Clubman Cooper SD ALL4 review - Is the 4WD, diesel, Clubman still as fun as a Mini should be? 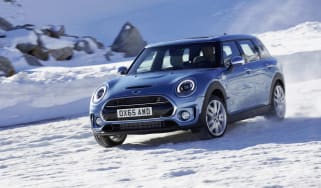 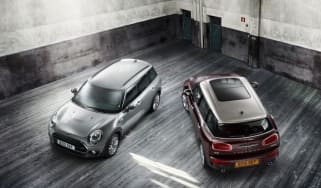 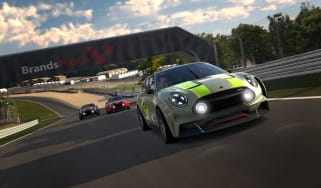 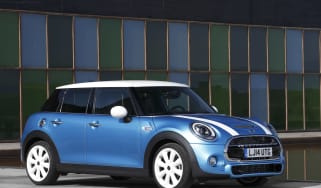 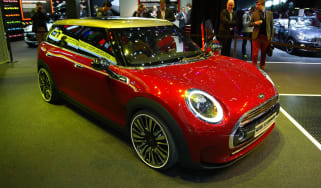 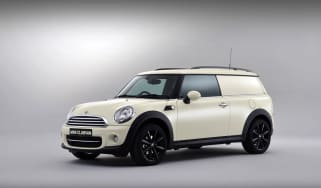 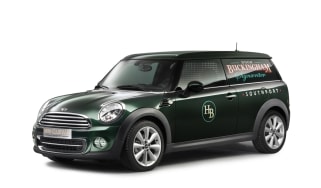 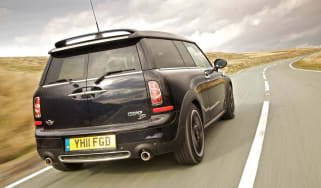 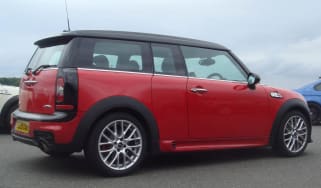 The Clubman version of the Mini John Cooper Works: is it even madder?
Skip to HeaderSkip to Content