The SEAT Leon Cupra is at the end of its lifespan, but has only become better with age 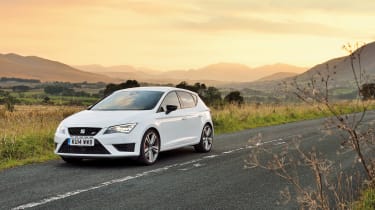 The SEAT Leon Cupra is now nearing its eighth year in production, so the fact it’s still part of the hot hatch conversation after all this time speaks volumes about what a great hot hatchback it always was, and so continues to be.

The underlying make-up was good right from the start; it was an early adopter of the Volkswagen Group’s MQB platform (and that’s the first and last time we’ll utter those three letters together), utilised the excellent Audi-designed EA888 2-litre turbocharged engine and put them together in a sharp package wrapped in then SEAT lead designer Luc Donckerwolke sheet metal.

What only made the package more interesting was SEAT’s tendency to pair high-output versions of that engine with simpler, lighter front-wheel-drive drivetrains than its Golf R and Audi S3 cousins, all backed up by chunky brakes and limited-slip differentials.

In 2020, the range has somewhat reduced to just the front-wheel-drive Cupra hatchback and all-wheel-drive Cupra ST estate, both sharing the same turbocharged four-pot and seven-speed dual-clutch automatic in subtly different specs. A limited-edition Cupra R Estate is also available (for the moment) and is the pick of the range when fitted with the optional Abt tuning kit which we’ll go into in more detail later. 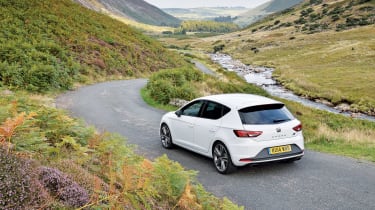 As noted above, the Cupra range has shrunk quite substantially over the years, leaving just the two versions, with a single powertrain option in two outputs depending on whether you choose the hatchback or ST estate body.

The Cupra hatch opens pricing at £31,150, a figure that seems about right for its performance and standard kit, which includes LED headlights, leather and Alcantara-trimmed sports seats, 19-inch alloy wheels, a chunky pair of exhaust outlets, dual-zone climate control and SEAT’s aging infotainment system controlled via the integrated touchscreen. This does include a digital dial pack though, which despite the relatively low-resolution display is perfectly functional and customisable.

For an extra £1365, the Lux pack will swap out the standard sports seats for a set of buckets, which are nicely supportive and look great, adaptive cruise control, wireless phone charging and keyless entry and go. The Cupra ST estate is identically specced to the hatchback inside and out, and starts at £34,550, with the Lux taking that up to £35,915.

Topping the Leon range is the limited-edition Cupra R ST estate, which costs from £37,975, but adds plenty of tinsel to the package. Bespoke to the R estate is the extended use of copper inside and out, new front and rear bumper section borrowed from the previous Cupra R hatchback, four round exhaust outlets surrounded by a (real) carbonfibre diffuser section, a carbon rear wing, carbon inserts on the side skirts, bigger Brembo brake calipers, and a set of copper-finished alloy wheels that don’t look nearly as garish as they sound. 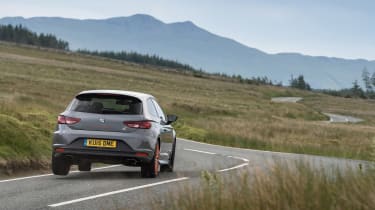 Finishing off the look is an Alcantara steering wheel and gear selector, which together with all the other upgrades make the Cupra R ST Estate feel worth its admittedly heavy price tag. Options are few and far between, but as specified on our Leon Cupra R ST estate Fast Fleet long-termer, the optional panoramic sunroof and Abt tuning kit only add to the already desirable package.

​It is worth noting that while the SEAT Leon hasn’t changed markedly over the years, its rivals certainly have. Starting at the top, the Renault Mégane RS is priced from £27,995 in its most basic form. The Sports chassis version is our pick of the range, if only because its more nuanced suspension tune is better suited to UK roads than Cup chassis models. The Hyundai i30 N is another sub-£30k rival at £25,990, but you’ll have to spend £29,495 for the more able and rather excellent i30 N Performance. Other notable rivals include the fast but flawed Focus ST at £31,995 and our class champion, the Honda Civic Type R also at £31,995.

If you’ve noticed that we’ve left out the Volkswagen Golf GTI, it’s because at the time of writing this review, the most consummate of hot hatches was between its seventh and all-new eighth generations, the latter of which will be available mid-2020. The Mégane, Civic, Hyundai and indeed the SEAT itself will also be either refreshed or totally renewed in 2020, so expect a big year for the hot hatchback sector. 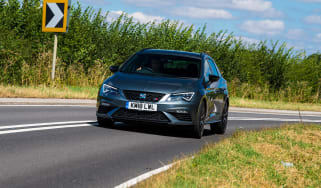 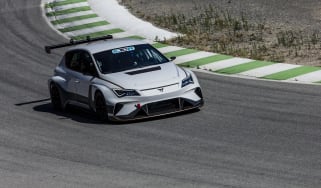 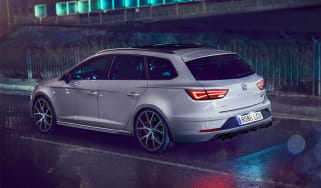 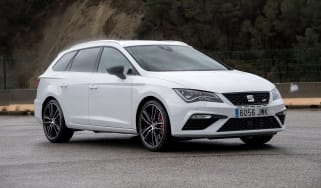 SEAT’s ‘Golf R Estate’ offers almost everything its VW twin does, but the slightly more powerful R is perilously close on price.
Visit/seat/leon-cupra/18851/seat-leon-cupra-300-2017-review-power-boost-for-seats-golf-gti-rival 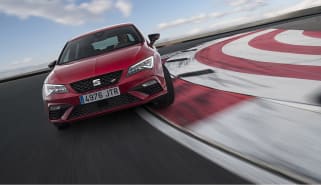 Faster than ever, the Leon Cupra still fails to really engage in a way that marks out the best hot hatches
Visit/seat/leon-cupra/18571/seat-leon-cupra-300-hot-hatch-inches-ever-closer-to-golf-r 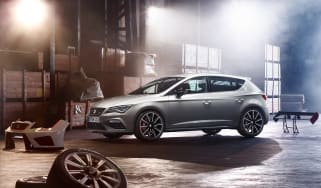 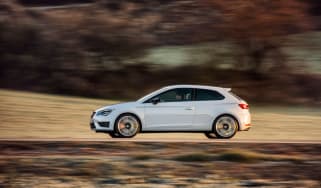 The Seat Leon Cupra remains a fast and fun hot hatch, but there are better cars in this very competitive sector
Visit/seat/leon-cupra/16646/new-seat-leon-cupra-290-gets-power-hike 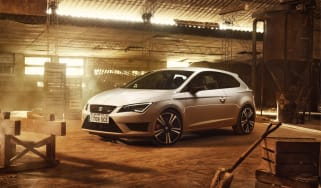 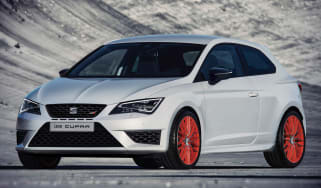 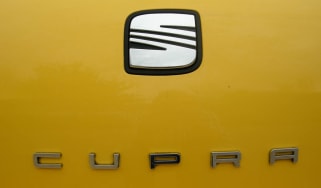 SEAT's Cupra sub-brand isn't doing as well as it should in the sales charts. Could CNG be the future?
Skip to HeaderSkip to Content