Can a selection of new chassis tech tame this T-Rex of a Lamborghini V12 supercar? 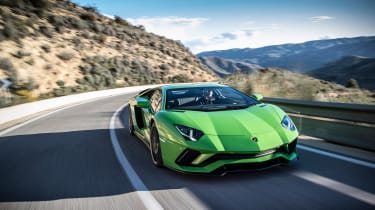 When the Lamborghini Aventador was unleashed upon the world in 2011, it felt at the cutting edge, with its carbonfibre chassis, all-new V12 engine and, of course, million dollar looks. But since then it’s been side-swiped by a tide of rivals from all sides, in the process feeling like something of a dinosaur less than a decade later.

Lamborghini’s reaction to this gentle collapsing of its V12 range-topper was to throw some tech at the chassis in 2017, and double down on its iconic package, while accentuating its increasingly rare combination of powertrain, layout and drama. 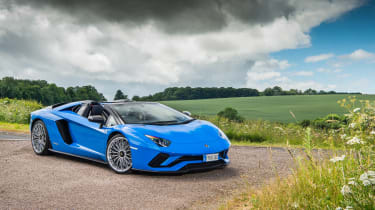 The Lamborghini Aventador S also has the unusual position of being the ‘basic’ version of its V12 supercar, but where the new SVJ might steal the limelight with its wings and motorsport-derived lightweighting, the Aventador S has its own, slightly more manageable set of attributes have their own appeal.

The big news technically about the S was its new electronic four-wheel-steering system, but there were also numerous subtle design changes, including a delightful new treatment around the rear wheelarches that is an unashamed nod to the Countach.

In its new clothes the Aventador S also flowed much more cleanly through the air. Thanks in part to a new active electronic rear wing, Lamborghini claims the S develops 130 per cent more downforce than before, and that it’s 50 per cent more efficient aerodynamically overall. 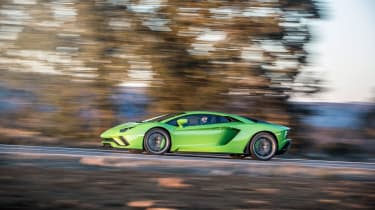 And development of the car didn’t stop there. The electronic dampers and suspension have been comprehensively re-engineered so that they respond in accordance with the new 4WS system. There’s a bespoke new Pirelli tyre that’s been developed because the dynamics of a car with rear steering alter completely the demands placed on the rubber. And the dynamic drive programme has been rewritten to include a fourth setting called Ego.

Forget the narcissistic connotations of the name (if you can) because in practice the Ego setting finally allows a driver to alter the parameters of the steering, powertrain and suspension separately from one another, which is a minor eureka moment for the Aventador. No longer do you have to put up with the thump-in-the-back upshifts that occur in Corsa mode just because you want max response from the steering and dampers.

And the final key change technically is the fitment of one single ECU to control ALL the car’s dynamic functions. Why, and what are the advantages of doing this? Because, says Lamborghini’s technical overlord Maurizio Reggiani, this has enabled his engineers to develop a harmony of response that you simply can't achieve when separate ECUs control separate dynamic functions. By having one big brain to control the whole shebang, the S, says Reggiani, has a consistency of reaction to a driver’s inputs ‘that we have never been able to achieve before, and you can feel this as soon as you start driving the car, at any speed, so not just when you are going fast.' 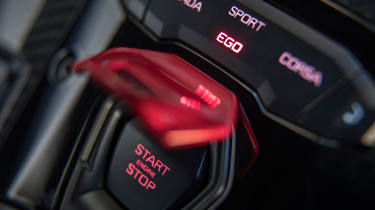 The V12 engine of the S has also been tickled so that it develops a fulsome 730bhp at 8400rpm – a rise of 40bhp – with an unchanged 509lb ft of torque at 5500rpm, and yet the car weighs no more than before: 1575kg dry. So while the headline statistics might not quite be up there with those of the fastest hypercars, 0- 62mph is still close at 2.9sec while 0-124mph (200kph) is suitably brisk at just 8.8sec. The top speed of 217mph also means the S is rarely going to get spanked by anything, at any price, on top end.

Reggiani’s also dead right about the new clarity of response to your inputs. On the move the first thing you notice about the S is how much less steering input is required, how direct this makes the front end feel, and how much more feel, proper feel, there is through the rim.

Then you notice how much cleaner the throttle response is. Every millimetre of travel on the pedal makes a difference this time, and you instantly feel more in control of the car as a result. You drive it rather than the other way round. Lamborghini, it seems, has finally got what this driving thing is all about.

And the key word is ‘detail’. The old car never lacked much when it came to generating headline numbers, nor was it short on pure brute force or aural drama. From the outside looking in, it seemed to have everything going for it.

But from behind the wheel it was a clumsy car to drive in some respects, with brake pedal responses that didn't match those of the throttle, steering that always felt detached from the rear axle somehow, and a chassis setup that was nothing if not determined in its desire to provide safe but endless amounts of understeer. 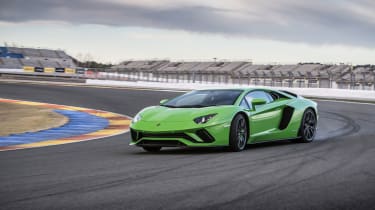 With the S, though, all that has changed, and mostly it’s the four-wheel-steering system that’s responsible for the leap forwards. How does it work? In simple terms it turns the rear wheels in the opposite direction to the fronts up to a maximum of 3.0 degrees at low speeds, while at higher speeds it turns them in the same direction by up to 1.5 degrees. The switching ‘window’ is between approximately 78 and 84mph, depending on how much yaw is detected at the time, but in practice the transition is seamless. All you’re aware of from behind the wheel is much sharper front-end bite with maybe a hint of neutral oversteer that never develops into full-blown oversteer on turn in – a massive step in the right direction for the Aventador. And then at high speed it feels pretty much glued at both ends, with far less steering input required to get it to turn-in, plus a lovely sense of control on the throttle mid-corner.

And because the car is so much better balanced under power across all speeds, this has allowed the engineers to send much more torque to the rear axle at any given time. Which has the effect of making the S feel like a rear-wheel-drive car most of the time, and a very well set up rear-wheel-drive car at that. 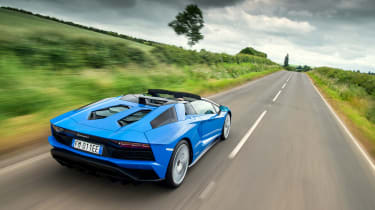 I did lots of laps in it at the Valencia Moto GP circuit, in all sorts of conditions: in the soaking wet, as it was drying and eventually in the bone dry. Which is when the S properly blew me away.

The engine remains a thing of rare loveliness and its longevity, says Lamborghini CEO Stefano Domenicali, is guaranteed for a good long time yet. In the S it pulls a bit harder in the mid-range and revs for another 150rpm before its limiter intrudes at 8500rpm. And it sounds even more incredible in this installation, if such a thing could be possible. Thank the lighter new exhaust system for that.

The single-clutch paddleshift gearbox works much as before, which means it’s OK but not brilliant compared with the best of the best. And the carbon-ceramic brakes now deliver a lot more feel through the pedal, which gives you a lot more confidence to really lean on them. All of which represent small but significant improvements. 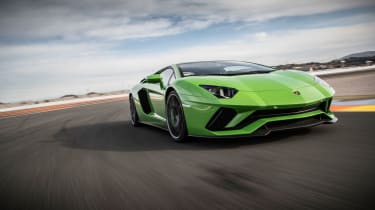 But the chassis, which has probably been the Aventador’s weak spot since day one, well, it’s something else. Seemingly out of nowhere Reggiani and his team have turned their big V12 monster from a not especially well sorted wild animal into a genuine track weapon; one that turns in properly, is quite beautifully balanced mid corner, has mind-boggling traction on the way out of bends and which can be driven – and relished – right up near to the edge without scaring you half to death.

And it’s the harmony of response that Reggiani talks about that lies at the core of the car’s appeal. Everything in the Aventador S works ‘as one’ now, and it feels lighter on its feet, more agile and far better sorted as a result.

Oh yes, and on the road it also rides less uncomfortably than before when in Strada mode thanks to new damper settings, and it benefits from a smoother-shifting auto mode within the gearbox. Plus a slightly more intuitive digitised instrument display that alters in design as you scroll up through the various drive programmes. 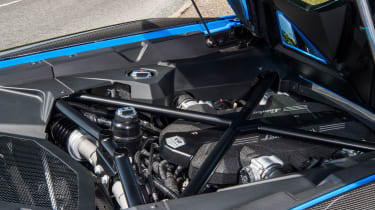 The Aventador S costs from £271,146, if you’re in the market for a mid-engined V12 supercar then you’re going to struggle to find anything similar for that sort of money. Lamborghini’s own SVJ models are a hefty £80k more at a minimum, making the S somewhat of a bargain in 2020.

Ferrari’s 812 Superfast may not be mid-engined, and may not have quite the same presence as the Lamborghini, but it shouldn’t be dismissed as just a GT car. The 812’s engine revs in such a spectacular fashion that we’ve declared it has one of the best drivetrains of any car on sale. It’s also blessed with a capable and extremely agile chassis, which certainly makes it a worthy rival to the Aventador S. 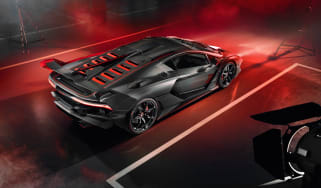 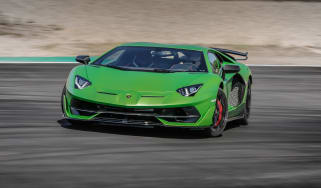 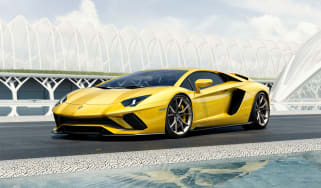 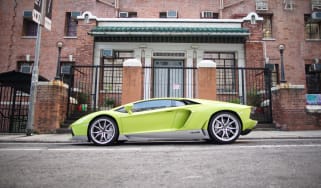 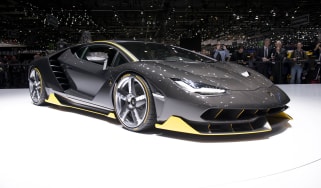 Lamborghini rarely makes a fuss about Nordschleife lap times. With videos like this, they can let the cars do the talking
Lamborghini Aventador Pirelli Edition 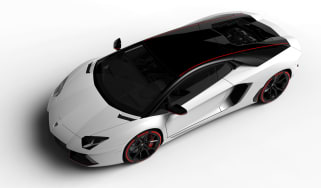 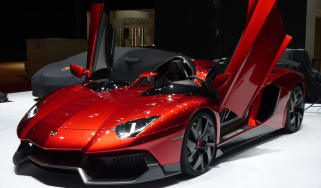 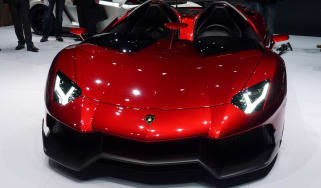 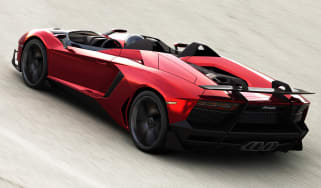 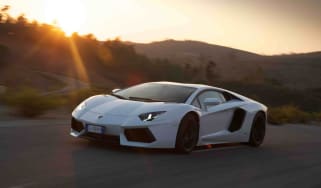