Lotus to offer track driving experiences on its home turf 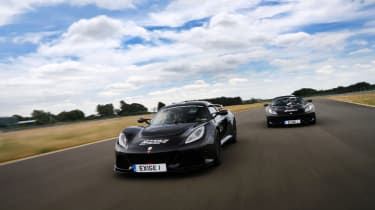 Trackdays are a wonderful thing. We’re such fans we even host our own. But, although most cars are welcome and enjoyable on track, not everyone is lucky enough to have a car that’s perfectly suited blasting around a circuit. Paying a reasonable fee to take someone else’s new, suitable sports car on track seems like a great way to get on track. Throw in the opportunity to get a bit of tuition as well, and the prospect is almost too tantalising to turn down.

Lotus is now offering an experience, called the Lotus Driving Academy, where you can do just that - in two of its current crop of sports cars, the Exige Sport 350 and Elise Sport 220. Actually this isn’t anything new for the sports car manufacturer, as it already runs similar academies in in Malaysia, the USA and France. 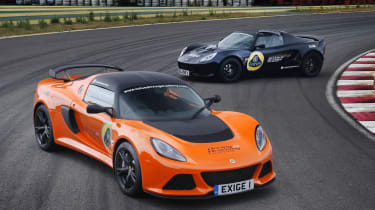 But what’s better than hosting a Lotus driving experience than here in the UK? Well, having it right on Lotus’s home turf, that’s where. The new Driving Academy will take place at its very own test track, on the same site as the factory at Hethel.

> Read our review of the Lotus Exige Sport 350

As well as being Lotus’s road car test track the circuit at Hethel has also been the location where many of its race and Formula One cars have been put through their paces. So although it isn’t a competitive circuit with rich racing heritage, it’s a strip of tarmac where drivers such as Jim Clark, Mario Andretti, Nigel Mansell and Ayrton Senna have spent a lot of time.

With a location that has such relevance to the brand, Lotus expect enthusiasts to travel from overseas to try its cars on its own test track. As such, it will even provide left hand drive cars for those who prefer it. 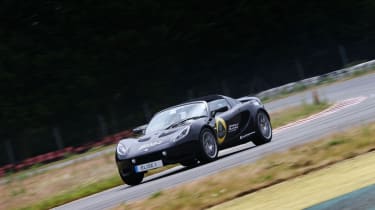 Lotus is offering a range of experiences, from the basic ‘Scare Yourself Sensible’ (£119) pitched as a great gift, to Bronze, Silver and Gold Licence days. The more in-depth days at Hethel include a tour around the factory and through the Classic Team Lotus facility where the marque’s old Formula One cars are kept and maintained.

> Find out what the new Lotus Elise is like to drive

The Academy’s team of tutors and demonstration drivers is made up of a selection of reputable helmsmen, including ex-F1 driver Martin Donnelly and mixture of GT and BTCC racers.

As well as demonstration laps and tips on circuit driving, the Licence days include tuition on advanced driving techniques like power oversteer and heel-and-toe down changes. The priciest and most intensive day, the Gold Licence, costs £899.