Next McLaren Ultimate Series to be revealed on December 10th

McLaren says this new hypercar will be its most extreme road-legal model yet. 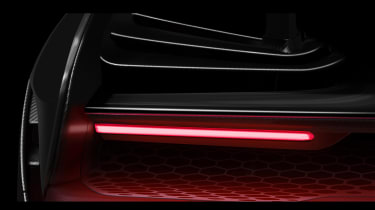 McLaren Automotive has revealed more details of the next installment in its Ultimate Series line, a model it describes as being ‘The ultimate track car’. Due to be revealed in full on the 10th of December, McLaren says this new model has been designed and engineered to be its most extreme road-legal car yet.

Known internally as ‘P15’, the latest model in McLaren’s ambitious Track22 new product plan will be a successor to the P1 and P1 GTR and, spiritually at least, the F1. It should reach production before another Ultimate Series McLaren that’s on the way: the three-seat, ‘BP23’ Hyper-GT that was seen testing in disguised form on the roads around Woking recently.

> Click here for our review of the McLaren P1 GTR

The new Ultimate Series car's exterior design is said to be ‘brutal’, with form very much following function, and the company openly acknowledges that everyday usability has been sacrificed to give the driver the most intense experience around a circuit. 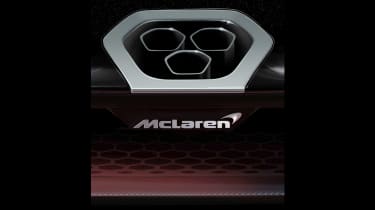 At the car’s heart will be the latest 4-litre M840T engine, with power increased over the already potent 710bhp delivered by the unit in the 720S. It will combine with a bespoke chassis built around the latest MonoCell II tub, along with even higher levels of downforce. Rumours suggest that 500 will be made and sold at a price of around £700,000 each, but McLaren claims every car is already allocated to a customer.

A final teaser image will be released prior to the car's full reveal on December 10th, before McLaren's latest creation is shown off in public at next year's Geneva motor show in March.