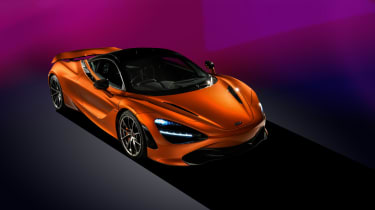 The McLaren 720S was arguably the star of the 2017 Geneva Motor Show, and as it gears up to launch the new supercar later this year, McLaren continues to whet our appetites before our upcoming first drive.

In a film released by the British manufacturer, we get our first chance to see and hear the new super-series car in motion, showing off the delicious details that will help define what the next generation of McLaren supercar is capable of.

Leaning on its racing heritage, McLaren pairs the official film with a monologue from epochal racing legend Ayrton Senna, itself a sentiment that resonated throughout the development of the new 720S according to McLaren. First deliveries are due in the summer, with the standard 720S starting at £208,600.

For those seriously interested in buying the new 720S the online configurator is now live, allowing you to select and preview the ideal specification for your new car. The rest of us, without the means to purchase the new McLaren, the site is an excellent place to while away an afternoon dreaming of what you might buy if you win the lottery.

As is typical for an online configurator, you can choose from an extensive array of interior options and paint colours. But that’s just the tip of the iceberg, there’s also the ability to select whether the carbon tub is visible or covered in carpet, what colour the exhaust tips are finished in, and whether you want standard Pirelli P Zero tyres or the stickier Corsas. 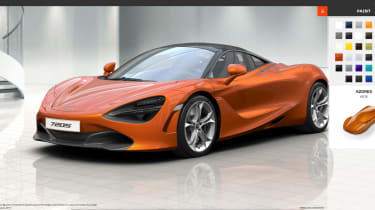 As well as the virtual showroom, a dedicated site allows you to get a detailed view of different elements of the 720S through interactive features, the first being a 360-degree, rotating rendering of the new carbon tub called Monocage II.

The site then shows a video of the full start procedure and an internal view of the engine. But, the most useful aspect of the microsite is the section that shows how each corner of the car’s Proactive Chassis Control II system is connected to one another. It doesn’t describe the interconnected dampers in great detail, but the visuals do help you understand how it might work.

You can access the configurator and interactive site here.

The more we learn about the 720S, the more our expectations grow, but it’s even more important for McLaren Automotive as this is the first time the relatively young car company has launched a successor to an existing model line. The new 710bhp coupe will be the first second-generation Super Series car that will be built at the McLaren Technology Centre in Woking.

Built around McLaren’s new Monocage II carbonfibre tub, the 720S’s shell has been crafted with the know how gleaned from building the P1. In contrast to the original Monocell used for the marque’s current range of cars, Monocage II incorporates the entire passenger cell, including the upper structure for the first time. The original Monocell stopped were the glasshouse began, where as II incorporates part of the roof, too.

In developing Monocage II McLaren’s engineers have lowered the door sills, reduced the thickness of the pillars to improve visibility (the C-pillars are made form glass) and the windscreen is deeper and broader, too. 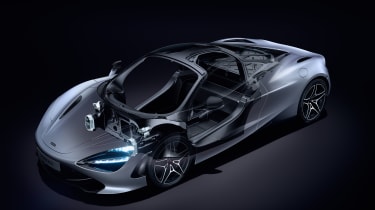 The single, biggest change? That will be the dihedral doors that incorporate a section of roof when they open. Combined with the lower sills the large opening made by the doors chopping into the roof dramatically improves access to the interior over previous McLaren models.

Positioned behind the Monocage II tub is the new 710bhp 4.0-litre twin-turbo V8 engine and seven-speed twin-clutch gearbox. Taking the V8 from the 650S McLaren has replaced 41 per cent of the motor’s internal components and those that have been carried over have been optimised, lightened and improved upon. There’s a new cast aluminium inlet plenum plus lighter pistons, con-rods and crankshaft. The pair of turbochargers are completely new items and the injector count has doubled to 16. What’s more, McLaren has managed to position the new V8 15cm lower than the engine in the 650S to significantly reduce the car’s centre of gravity. 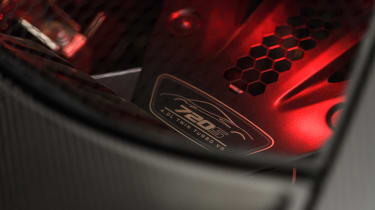 Shift speeds of the seven-speed seamless-shift gearbox have been improved, with focus on both up and downshifts. This allows the sharpest shifts during high speed driving without compromising refinement when using the gearbox’s auto mode.

> Read all our McLaren reviews here 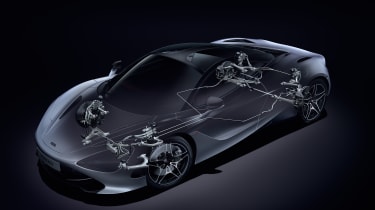 Beneath the 720S’s aluminium skin and attached to its carbon structure is a thoroughly reworked chassis. Just as previous Super Series cars, the 720S doesn’t use conventional anti-roll bars. Instead, all four of the car’s dampers are hydraulically connected and an on-board management system allows independent movement when a more comfortable ride is required but then stiffens up the outside corners when roll needs to be reduced.

McLaren’s Proactive Chassis Control II (PCCII) software debuts on this new Super Series model, replacing the old system. It includes 12 additional sensors, including an accelerometer at each corner to measure to wheel speed and there is now two pressure sensors per damper.

As well as improved software, aluminium components in the uprights and double wishbones have been reengineered and lightened, saving 16kg of unsprung mass. There’s also new suspension geometry for maximum grip; the front suspension’s geometry has been revised to improve steering feel, (the steering remains an electro-hydraulic system) while the rear set-up is tweaked to improve braking stability. 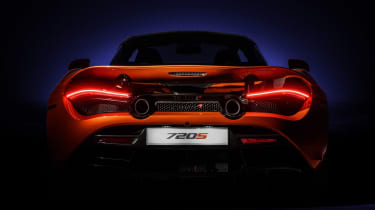 Pirelli P Zero tyres are standard fitment, however the stickier Corsas are also available from the factory. The width of the rubber has increased over the old 650S, the fronts have gone from 235 to 245 on a 19-inch wheel and at the rear a 305 section tyre is fitted to a 20-inch wheel.

Behind the wheels are standard fit carbon-ceramic brakes with 390mm front discs and 380mm rears. Both axles have six-piston calipers that can be painted in eight standard colours.

Inside the 720S new owners will find a new electronic interface providing the driver with the option of either a full display or a slimline option that shows only crucial information required on the move, such as speed, fuel and temperature levels. The instruments physically fold away when the limited view is selected to help improve the driver’s view of the road. An 8-inch centrally positioned touchscreen remains to allow control of the audio, media, navigation and interior climate. 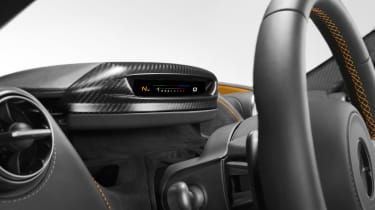 Available in three trim levels: Standard, Luxury and Performance, the 720S can be specified pretty much as the customer wants. Leather from Bridge of Weir or Alcantara can be chosen for trim coverings, carbonfibre or aluminium controls for the switches while the tops of the doors that make up part of the roof can be made from in glass, or for warmer climates from carbonfibre or painted the colour of your choice.

As well as the standard car, McLaren also revealed an even more exclusive version of the 720S, dubbed the Velocity. The latest car to appear on McLaren’s stand at this year’s Geneva motor show promotes the marque’s personalisation service through MSO, McLaren Special Operations.

The MSO-tweaked car has an exposed carbonfibre bonnet, which has been tinted red. This red tint then blends into the rest of the bodywork. In pictures the paint looks similar to the lurid flip-flop colours seen on 90s TVRs (and, weirdly, Micras and Primeras), only far classier. In fact, the two different shades of red have been applied by hand to get a smooth gradient effect that accentuates and flows with the taut shape of the 720S. 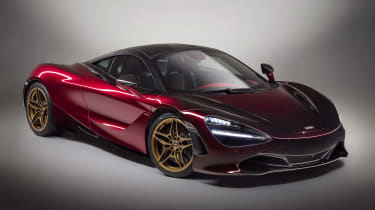 The finish of the car displayed on McLaren’s Geneva stand costs an extra £100,000 over the standard list price of £208,600. But there is no fixed price, as the service that MSO offers is about providing each customer with a unique car, tailored to their own exact tastes.

McLaren has previously promoted personalisation and modifications by its MSO department later in each model’s lifespan, but with the 720S it expects customers to want to have more distinctive versions almost immediately after the car’s launch. 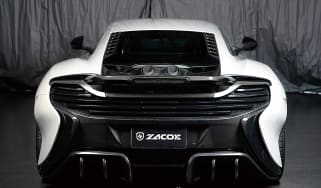