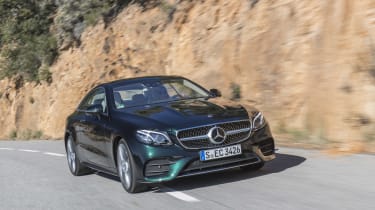 The new Mercedes-Benz E-class Coupe continues a product line that stretches all the way back to the W114 coupe of 1968, via brief diversions like the E-class-based CLKs of the 1990s and early 2000s.

It’s an important staple of the maker's lineup then, and something of a standard-bearer for the company’s design direction - so it’s little surprise that the latest model is one of the most attractive cars Mercedes currently sells. Undoubtedly stylish and luxurious, an E-class Coupe should ideally also drive well - so how does the current model fare?

Three engines will be available from launch. The E 220d sits at the foot of the E-class Coupe range with a 2-litre, 191bhp, 295lb ft four-cylinder turbocharged diesel. Above that is the E 300, which uses a 2-litre four-pot turbocharged petrol with 242bhp, and currently topping the range is the E 400, with its 3-litre, twin-turbocharged V6 developing 328bhp and 354lb ft. A 3-litre V6 turbodiesel, badged E 350d, will follow.

All exhibit strong on-paper performance figures, with even the E 220d reaching 62mph in 7.4 seconds from rest and the E 300 taking a second off that. The E 400 slices another 1.1 seconds from the oft-quoted sprint, and attaining these numbers requires little more than flattening foot to carpet, since every E-class Coupe uses a 9-speed automatic transmission as standard. With the E 400, 4Matic all-wheel drive is also standard fitment.

Styling aside the E-class Coupe’s biggest changes are dimensional, particularly in comparison to the previous coupe. The car is 123mm longer than before (143mm with the more pronounced bumpers of the AMG Line models), 74mm wider, and has both a wider track (wider even than the E-class saloon and estate) and a longer wheelbase (albeit shorter than the saloon/estate, at 2873mm to 2939mm). Despite the larger footprint a basic E 220d weighs no more than its like-for-like predecessor, at 1735kg, rising to 1845kg for the E400.

All new E coupes use Agility Control adaptive dampers as standard (on four-link front and five-link rear suspension), while Air Body Control adaptive air suspension is optional across the range (for £1495) - and standard on the E 400. The latter can lower the car when speeds rise above 78mph to improve aerodynamics, and the character of the dampers can also be altered between Comfort and Sport settings.

A huge suite of driver assistance systems is also available, the most advanced, the Drive Pilot option, gives the E-class coupe semi-autonomous capabilities - albeit ones that require your hands on the wheel at all times.

E 300 first, which proves hugely disappointing. Despite the quoted power and acceleration figures the four-cylinder petrol feels woefully under-equipped to deal with the E-class Coupe’s bulk, and it doesn’t even mitigate this lack of performance with refinement. At a cruise it’s subdued enough, but under acceleration the rough, gravelly note sounds more like a diesel, only one without the easy-going pace you’d get from even the E 220d. If you’re buying on style alone, the diesel is the pick of the four-cylinder models and the petrol should ideally be ignored.

Thankfully, the E 400's petrol 'six is a much, much more willing partner and entirely suits the character of the car. It fires up to a smooth, near-silent idle and remains hushed in virtually all kinds of driving - but still delivers a strident, creamy note and consistent urge when you require more performance.

Without driving the coupe back-to-back with the saloon it’s difficult to say whether the wider track and shorter wheelbase has made much of a difference, but the E-class is still a competent, if not overly entertaining handler. Its balance is neutral to understeer in any given corner and with 4Matic all-wheel drive, even the E 400 doesn’t have quite enough grunt to break traction in the dry, so making haste is little more than a process of pointing the direct, firmly-weighted steering in your intended direction of travel and ensuring you’re at vaguely the right speed to negotiate a turn.

Sport and Sport+ modes offer increasing degrees of cornering competency over Comfort, but the E-class Coupe on Air Body Control suspension always rides well. It’s truly pillowy in Comfort which makes for a fantastic urban or motorway steed, while body movements in Sport and Sport+ are well controlled on twistier roads, so the car feels far from being out of its depth when you're pressing on.

And, it should be said, the E-class Coupe never feels any less than truly special to pilot, with one of the best cabins of any car on sale and luxurious levels of natural light filtering in through the frameless side windows. The expected E 43 will be more entertaining (Mercedes refuses to commit to an E 63), but in the meantime the E 400 should satisfy those wishing to combine luxury with easy-going performance and advanced technology.

Most compelling of all, given its effect on the E’s interior ambience, is the combination of the 12.3-inch Comand Online system (£1495, standard on the E400) and £495 for the accompanying 12.3-inch instrument display. As you’ll already have deduced, it’s quite easy to turn a forty-grand diesel coupe into one costing well north of £50k.

BMW’s closest competitor for the E 400 is the £59,535, 640i SE coupe, but there’s no diesel model below this to provide a challenge for the E 220d. There’s no real equivalent from Audi either, since the A5 is more a competitor for the C-class coupe. With other manufacturers (and indeed Mercedes itself) filling SUV niches, the E-class Coupe almost has the market to itself. 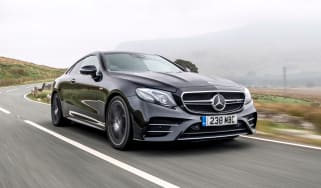 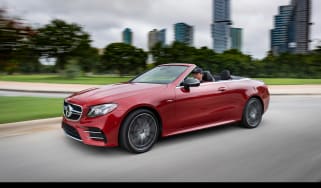 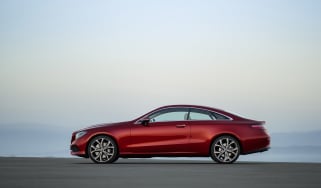 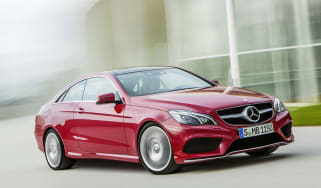 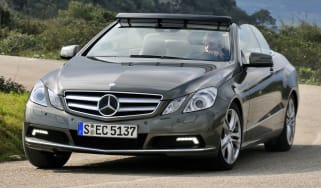 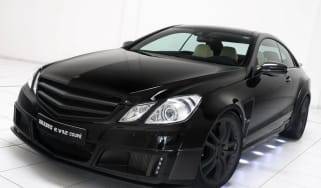 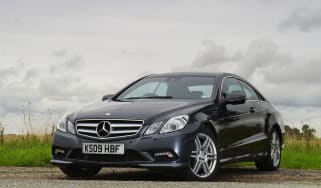