The petrol version of the Mercedes GL500 is going to sell in tiny numbers in the UK, but it's a better driver's car than its Bluetec diesel sister 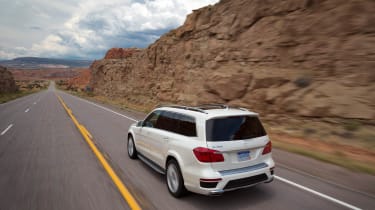 The petrol-powered version of Merc’s second-generation GL SUV, which will be a minority taste in the UK when it goes on sale in April 2013. We’ve already driven the 350 Bluetec diesel version – but is the V8-powered 500 a better bet?

The new GL sits on a slightly expanded version of the platform that underpins the ML – which isn’t exactly dinky to begin with – and as such it’s one of the biggest SUVs on the road. By European standards, it’s supertanker-sized, with three rows of seats and room for up to seven occupants.

Mercedes acknowledges that the petrol V8 will make up less than 5 percent of sales in the UK. It’s the new 4.6-litre twin-turbocharged unit that we’ve already driven – and been very impressed by – in the SL500, boasting 429bhp and 516lb ft of torque. The only transmission option is Merc’s seven-speed autobox, with drive supplied to all four wheels. An optional ‘offroad’ package adds variable height air suspension and a six mode selection switch for helping the electronic control systems deal with different types of terrain.

Considerably better than the GL350 Bluetec version. While the diesel rarely feels other than underpowered, the GL500 (with getting on for twice the horsepower) is properly rapid. The engine pulls strongly throughout the rev range and without any noticeable lag, delivering linear thrust all the way to the redline. A 5.4-sec 0-62mph time proves the GL’s status as an unlikely performance star: that’s quicker than even the 5-litre supercharged version of the current Range Rover.

Our test car was also fitted with Merc’s strangely named Active Curve System, which firms-up the rollbars to reduce body roll and which certainly served to sharpen the driving experience noticeably over the standard diesel. It’s still no sportscar, and you’re never left in any doubt about the GL’s size and mass when you start to hustle it, but it’s a good-natured thing that you quickly find yourself trusting.

As with the Bluetec, the GL500 suffers from an over-keen ESP system that steps in as soon as it detects any slip, even with the traction control system turned off. On some well-graded gravel roads on our American test drive it was a shame not to have the chance to find out how the GL’s chassis would cope with everything off.

If the GL350 is going to be rare-groove in the UK, you can expect the GL500 to be practically invisible – most buyers opting for petrol power will stump up the extra for the range-topping GL63 AMG that will follow later. But, on the evidence of our first drive, the GL500 is definitely a better vehicle to drive than its diesel sibling.

But with a pricetag around the £75,000 mark, you'll need deep pockets to get into the club.

Not much of an entertainer, the new GLS is nevertheless a compelling alternative to the Range Rover
Visit/mercedes/gl/16959/mercedes-benz-gls-barges-into-the-premium-suv-class 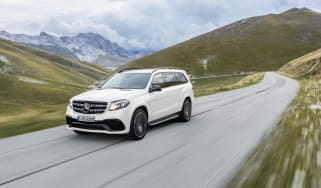 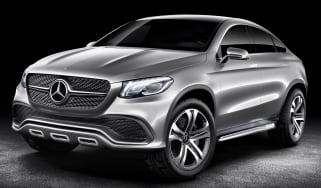 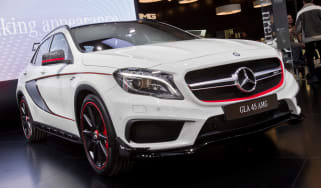 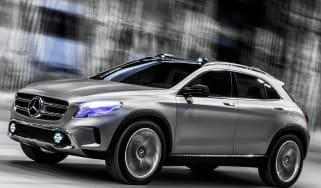 Mercedes has unveiled the new GLA concept ahead of the official Shanghai motor show reveal. Details and pictures here
Visit/mercedes/gl/12534/new-mercedes-gl63-amg-news-and-pictures 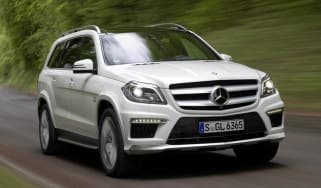 Mercedes pulls the wraps off its biggest AMG-badged SUV yet, the 549bhp GL63
Visit/mercedes/gl/12435/mercedes-benz-ml63-uk-prices 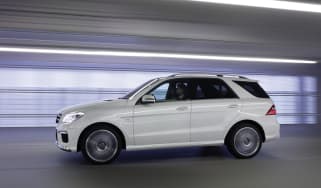 The 518bhp ML63 has been officially priced at £82,995 in the UK. Full details and images here.
Visit/mercedes/gl/12415/new-york-show-mercedes-benz-gl-class

The all-new GL-Class Mercedes has been unveiled at the New York motor show.
Visit/mercedes/gl/6946/mercedes-benz-g350-cdi-review 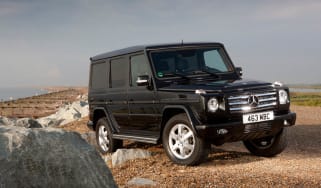 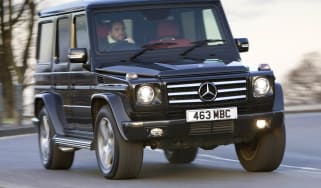 Mercedes brings the G-Wagen back to the UK. Two diesels and the mighty 493bhp G55, eye-watering prices
Advertisement
Visit/news/evonews/246220/brabus_glk_v12_200mph_suv.html 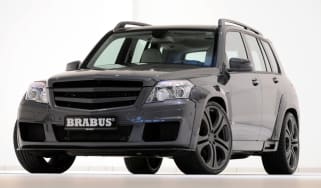 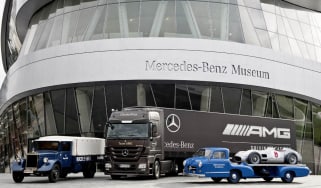