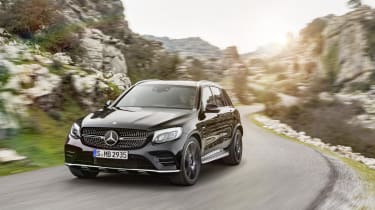 Mercedes-AMG has announced details of its latest AMG-lite model, the GLC 43. Set to make its debut at the 2016 New York auto show, the GLC will be a rival for cars like Audi’s SQ5 and the Porsche Macan Turbo.

Like other recent 43-badged models, the GLC 43 uses a 3-litre, V6 biturbo petrol engine and drives all four wheels through Mercedes’ 4Matic all-wheel drive system, with 69 per cent of the torque directed to the rear axle. Unlike other recent 43s this should be the GLC’s range topper, with no V8 model planned.

It’s also the latest recipient of the 9G-Tronic nine-speed automatic transmission, which uses four planetary gearsets to create its nine ratios from a more compact form than the old 7-speed unit. AMG has cut shift times further from standard and there’s an auto-blip function on downshifts. 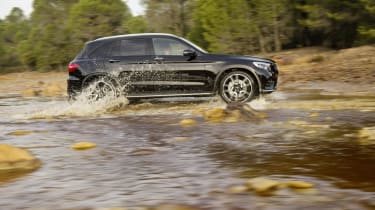 AMG Dynamic Select allows further fine-tuning of the car’s functions, with Eco, Comfort, Sport, Sport Plus and Individual modes to the transmission, engine response, suspension and steering. The latter is speed-sensitive with Comfort and Sport settings.

Other AMG touches are largely visual, though with no V8 model to protect, AMG’s modifications are slightly more apparent here then they were on the AMG E 43. A pin-style grille once again makes an appearance, with larger front air intakes and a prominent skid plate below the bumper. At the rear are four tailpipes with a silver chrome trim surrounding them.

Inside, driver and passenger get sports seats in artificial leather and microfibre, chequered-flag style dials, a sports steering wheel and red contrast stitching.

No UK pricing has yet been revealed, but we’re sure to find out more when the car makes its debut at the New York auto show next week. Deliveries begin in June. 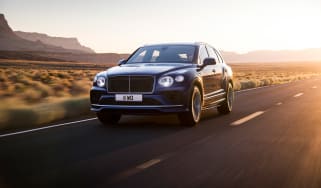