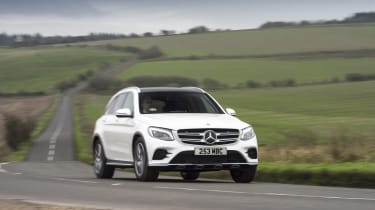 Both four-cylinder versions consume identical amounts of diesel on paper at 56.5mpg. In comparison, BMW quotes between 52-56mpg for the all-new X3 20d (in German testing, UK figures have yet to be released) while the Audi Q5 2.0TDI matches the GLC in four-cylinder form.

The V6 powered GLC350d still offers a mightily impressive 47.9mpg on the combined cycle, while the petrol powered AMG GLC43 drops this figure to a less impressive 34mpg. Overall, the GLC has little compromise in efficiency against most rivals, bettering most where it counts. The fuel-hungry V8s will force you to petrol station forecourts more often, returning less than 28mpg on a combined cycle. 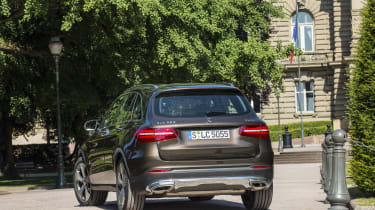