2017 Rallye Monte Carlo - Victorious Ogier continues where he left off

The WRC circus arrived in Monte Carlo for the opening event of 2017 where Sébastien Ogier claimed victory. Full report here 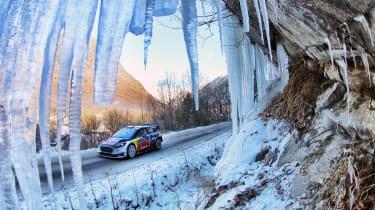 Reigning 2016 WRC champion Sébastien Ogier was raring to go ahead at the first event of the new season in Monaco.

Ogier stood head and shoulders above his peers when he claimed top stop on the podium in Monte-Carlo last year, and it proved no different in 2017. With faster cars and better coverage, the season is already proving one to watch - but sadly, the season has already been marred following the death of a spectator during the first stage of this year's rally.

Drivers emerged from Monte Carlo’s salubrious casino square before embarking on the first stage, a 21.25km climb under the cover of darkness. Thursday’s action came to an abrupt halt when Hayden Paddon rolled his Hyundai on what seemed a relatively straightforward corner. Unable to negotiate unsighted black-ice, the rear of the car came came unstuck, sending the car towards the mountainside, striking a spectator and subsequently rebounding off the rock face and landing on its side.

The incident blocked the pass and also saw emergency services called to attend to the stricken spectator. The individual was taken to Nice hospital having sustained serious injuries, which unfortunately proved fatal. The stage was red-flagged and times eliminated from the rally standings, as drivers and spectators took to social media to offer their condolences. Despite delays and the grip-depriving conditions, the second stage went ahead as planned with Thierry Neuville topping the leaderboard. 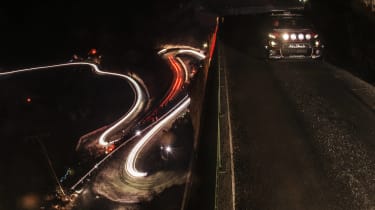 Friday's proceedings were divided into six stages, and drivers awoke to what would be would be their longest day of the rally: traversing 80km, across three routes, before retracing their steps to round-off 160km of technically testing driving. Thierry Neuville built on his success of the first day, once again laying down the marker on three of the six stages. The final two stages of the day though saw Sébastien Ogier show his mettle in his M-Sport Fiesta, just keeping himself in contention. The day concluded with Ogier 45.1 seconds behind Neuville who remained in first position.

British hopeful and Citroen driver Chris Meeke’s title aspirations were dealt a blow as he collided with a spectator vehicle during one of the road sections, with the suspension taking the brunt of the impact. Meeke’s compatriot, Elfyn Evans, fared better in his M-Sport Fiesta finishing the day in the top ten.

Saturday posed one fewer stage for the drivers to contend with as the rally passed its half-way point. The day proved pivotal to those vying for the lead. Mainly in terms of misfortune for Neuville, who took a wide line into a corner, encountered some gravel on the surface, and slid helplessly into the scenery. The rear suspension damage was repaired, but his 51 second lead over Ogier vanished and he fell into the midfield, ultimately dashing his hopes of victory.

The rally’s brutal nature was seeing crews succumb to the intense stresses imposed on both car and driver, forcing three retirements from stages since the rally began on Thursday. And so it continued, with Citroen falling foul to the testing environment and encountering mechanical issues. 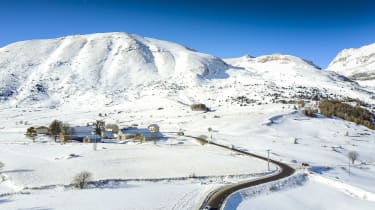 Ahead of the final four stages, the M-Sport World Rally Team had locked out the top two positions with Ogier and Tanak. Toyota rounded up the top three, an impressive showing on its return after an 18-year hiatus from the series. In the last three stages, at the wheel of his Yaris, Jari-Matti Latvala overhauled second placed Ott Tänak, splitting the M-Sport cars in the final standings.

Ogier’s Friday struggles with his handbrake landed him in a ditch, only to escape courtesy of helpful spectators. Such issues were kept at bay after setup changes that allowed him to romp to overall victory. The British contingent put on a admirable show, with the Evans-Barritt partnership placing sixth while Scott Martin pipped them to fifth co-driving for Citroen. Thierry Neville’s fall from grace saw him marooned down in a disappointing fifthteenth place having led early on.

Action from the wild R-GT class featured rally-spec Abarth 124s. Plenty of slidy action will surely have brought smiles to the faces of bystanders, despite competitors being unable to match the WRC cars for outright speed. Having participated in the Dakar Rally days earlier, the low cockpit of a Porsche 911 R-GT must have been a change for Romain Dumas, but he still secured class victory, displacing Francois Delecour who had held the lead earlier on in the rally.

The junior class of WRC is a little like the full-fat WRC, just turned down from eleven. Cars are dialled back by means of air restrictors and different regulations to reduce performance. Here, much like Ogier's victory in the top class, the 2016 season seems to be repeating itself, with Skoda champ Andreas Mikkelsen taking the top spot ahead of his teammate Jan Kopecký.

Sitting one rung on the ladder below WRC 2, the WRC 3 category is aimed at younger drivers and has proven popular since its inception in 2013. The vehicle lineup consists of two-wheel drive machines, the majority front-wheel drive, with a few exceptions, namely a Toyota GT86. The WRC 3 rally was won by Frenchman Raphael Astier in a Peugeot 208 R2.