Hyundai’s premium brand Genesis coming to the UK in 2021

Despite delays, Genesis is finally heading to Europe and the UK to shake up the status quo 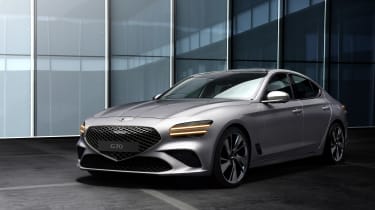 Hyundai’s premium brand Genesis will come to the UK in 2021, spearheaded by a facelifted version of its compact premium executive, the G70 saloon. The Genesis brand has been quietly on the cards for European markets for quite some time, but due to various delays has only now been confirmed.

The G70 is a 3-series-rivalling compact executive model that shares its rear-wheel-drive chassis and twin-turbocharged V6 engine with the Kia Stinger. The model has been on sale in its current form since 2017 and was designed from the outset to rival high-performance European saloons. 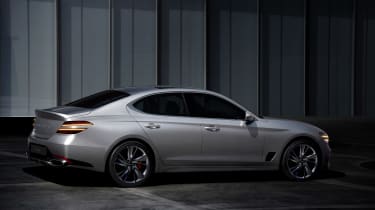 Having a large range of powertrain options to draw on, the G70 will also be available in the UK with four-cylinder petrol and diesel engines, and the range will eventually expand to include an estate model, as seen testing on roads outside the Hyundai Group’s Nürburgring-based European R&D centre.

Genesis itself, while fresh in Europe, is a more mature brand in other markets, where it has an established range made up of the 5-series-rivalling G80 saloon, full-sized G90 saloon and new GV80 SUV, which targets the BMW X5. Some if not all of these models will eventually join the line-up in Europe, along with a suite of new models still in development, including a bespoke EV and a mid-sized SUV. 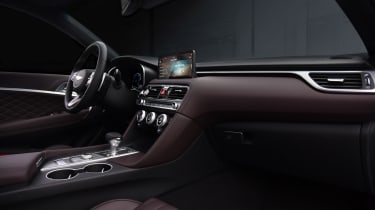 As part of the wider Hyundai Group’s plan to expand into more profitable markets globally, little to no expense has been spared in the development of these premium models, which have been designed specifically to disrupt existing premium brands such as BMW, Audi and Mercedes-Benz. While plenty of marques have had stunted launches into established markets in Europe (Infiniti comes to mind), Genesis doesn’t just have a flush bank account behind it to drive success, but also ex-BMW M boss and current head of R&D Albert Biermann to steer the brand in the right direction.