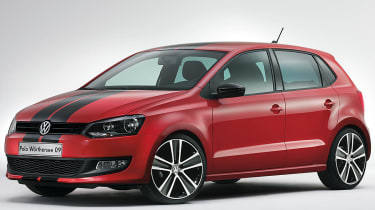 The 2010 European Car of the Year has been announced. And rather unexcitingly, it’s the new Volkswagen Polo. Not that we’ve anything against the Polo – it’s doubtless a great and accomplished car, and one that’s raised the quality standards in the supermini class. It even brings the VW group’s twin-clutch DSG transmission to the small car class. It has managed to shrug off some innovators that made up the rest of the seven Coty finalists, however, including the titchy Toyota iQ, efficient new E-class and the tardis-like Citroen C3 Picasso. View the full shortlist here. Still, if VW comes good on the GTI-alike Polo concept (main picture) we may be inclined to back the European Coty judges a bit more. For now, though, cast your eye on the current issue of evo to find out the real Car of the Year. Watch a preview video of our shootout here.

Our John Simister's a CotY judge. Read his take on the Polo's win