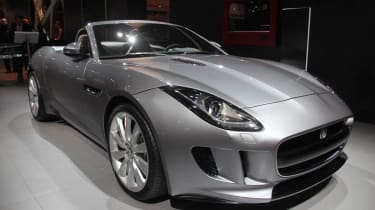 As motor shows go, the one held in Brussels this week is hardly 2013's biggest. With plenty of key world premieres at next week's Detroit show, it's not even January's biggest. Nevertheless, there's plenty of important new cars on display, including the new Jaguar F-type, Range Rover, Renaultsport Clio 200 EDC and Nissan Juke Nismo.

Click the images below to enlarge them. And for all the latest motor show news, pictures and video reports throughout 2013, keep your eyes on evo.co.uk as well as our Facebook, Twitter and YouTube accounts.