Lots of exciting new cars on display at the 2013 Chicago show, from Corvette Stingray to uprated Ford ST hot hatches 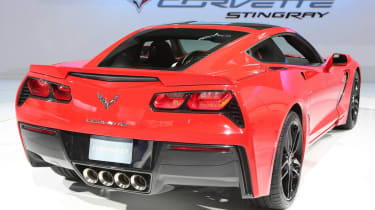 This week has seen the 2013 Chicago Auto Show take place. While it doesn't quite carry the headlines bestowed upon Detroit, Geneva or Frankfurt, it's not without prestige - the first Chicago motor show was held back in 1901. 2013 sees the 105th Chicago show take place, and show organisers boast it's the biggest motor exhibition in North America, covering more than one million square feet.

While its biggest stars weren't making their world premieres at Chicago, cars like the new Corvette Stingray, Porsche Cayman and Nismo 370Z are still big draws. And there's a host of interesting tuned metal too, including a handful of bold Beetles and fast Fords.

Click the pictures below to enlarge them, and check out evo.co.uk for reports and picture galleries from all of 2013's big motor shows.