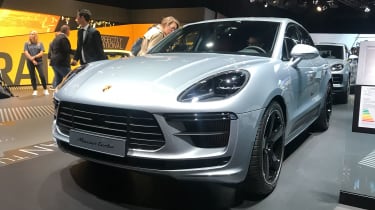 Porsche has continued the slow update of its popular Macan SUV range with the new Turbo’s reveal and installation at the top the contemporary range. Shown for the first time at the Frankfurt motor show, the new Macan Turbo is powered by the same 2.9-litre twin-turbo V6 found in the Cayenne S and Panamera S, as well as Audi Sport models like the RS4 and RS5.

This V6 in the new Macan Turbo is now rated at 434bhp, 38bhp more than the previous 3.6-litre V6, with maximum torque rated at 406lb ft between 1800 and 5600rpm. The new V6 should also be more responsive than most thanks, in part, to the V6’s hot-V turbo layout, a design usually seen in larger V8 engines. Porsche’s sharp seven-speed PDK transmission is also connected as standard, which sends power to an all-wheel drive system.

Also new for the 2019 Macan Turbo is the standard fitment of Porsche’s tungsten carbide-coated brake package (or PSBC in new Porsche language), signified by the white brake calipers that replace the usual black items.

The new Turbo visually distinguishes itself from lesser siblings by its new front end, which for the first time integrates twin-bar indicators that have signified flagship turbo models in other Porsches in the range. Bespoke 20-inch wheels are also standard, but many will doubtlessly upgrade to optional 21-inch units, regardless of their detrimental effect on ride quality. Adaptive air suspension, full PCCB carbon ceramic brakes and Porsche Torque Vectoring are all on the options list should you want to spend a considerable amount more money on your Macan. 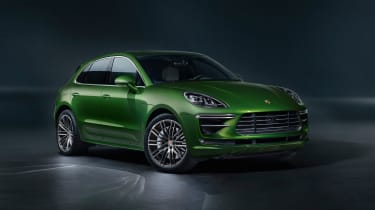 The remaining changes are all in line with those seen elsewhere in the Macan range with new lighting, headlined by the massive rear light bar fitted at the rear, and a substantial update to the interior, integrating Porsche’s slick 12.3-inch PCM infotainment system borrowed from bigger Panamera and Cayenne models.

The new Macan Turbo is available to order now in the UK starting at £68,530, putting it within a mere £500 of the more powerful and charismatic Alfa Romeo Stelvio Quadrifoglio. Still, the new Macan Turbo will surely maintain its infectious popularity, let’s see if it also keeps hold of its class-leading driving dynamics. 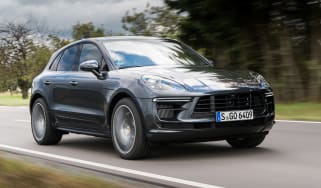