Look, it’s a supercar, alright? Still, nearly 30mpg should be possible on a run 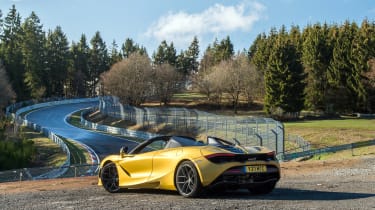 It’s probably fair to say that fuel consumption isn’t a major factor in the purchase of many McLarens, but for those who wish to know, McLaren quotes a combined WLTP figure of 23.2mpg, with a low of 12.1mpg and a high of a remarkable 30.7mpg – not bad at all from a 200mph-plus supercar.

As is increasingly the case from the more accurate WLTP figures, those numbers do look similar to figures we’ve seen driving the 720S out in the real world. On a UK motorway run it really will approach 30mpg, and on track it’ll definitely knock on the door of single figures. 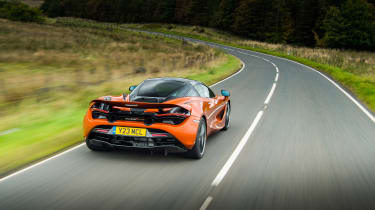 McLaren’s combined CO2 figure of 276g/km is a little less rosy. The first-year VED payment of £2175 is small beans compared to the list price, as is the £465 bill for the following five years.

You’ll get a three-year unlimited mileage warranty on a 720S, but it’s well worth plumping for the extended 12-year warranty if you’re intending to keep the car for longer, covering the majority of mechanical and electrical components, with a few exceptions. It’s also available on used cars, which will be good news to anyone eyeing up early cars dipping down to the £150,000 mark..