A high point in the current McLaren range – purposeful, but also beautifully sculpted 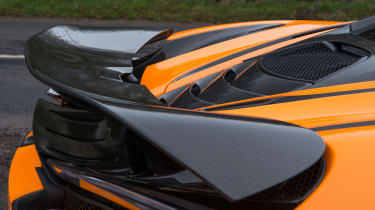 Time has lessened the shock value of the 720S, and what remains is, to our eyes at least, one of the best-looking supercars on the roads. Distinctive, original and perfectly proportioned, it serves perfectly as both a unique design in its own right, and a centrepoint for the McLaren range as a whole, with varying degrees of extremity either side of it.

Like all current McLarens, the 720S has a slightly cab-forward stance, with the cabin tapering in both height and width towards the rear of the car. This glassy teardrop gives the cabin a uniquely airy feel, but also lends the car its distinctive proportions, while the car’s sculpted flanks give the appearance of a perfect union between form and function. 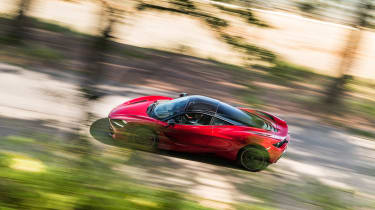 There are some details that remain a little difficult to get used to three years down the line from launch. The headlamps are recessed in a way that resembles eye sockets, an effect that works better in some colours than others (though it has to be said, the power and light pattern of the lamps themselves is fantastic).

The rear too can look a little busy, improved if the spoiler is down, though the best angle is probably in profile – it’s a car with all the style and character that the original MP4-12C arguably lacked. It’s only marginally diminished in Spider form too, whose side profile remains similar thanks to the buttressed roof arrangement