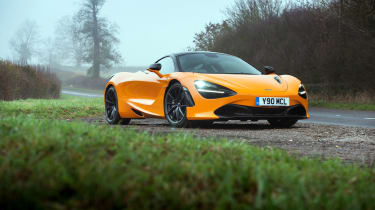 Less than a decade ago McLaren launched the MP4-12C. Technically impressive and very, very quick, the one thing it couldn’t quite do was warm the soul.

By 2017 and the launch of the McLaren 720S, things couldn’t be more different. There will be a few who’ll always take the theatre and passion of the Italian supercar brands over Woking’s way of doing things, but spend any time with a 720S and you’ll understand why it was our Car of the Year in 2017, and why it still continues to thrill us three years on.

With striking and original styling giving it a presence like few other supercars, an astonishingly potent drivetrain and one of the best chassis of any production car, the 720S isn’t just a performance benchmark like its 650S and 12C predecessors, but one of the most engaging and complete supercars on sale.

It’s not a car without faults – McLaren’s V8 has rarely been the most melodic of partners, the infotainment system is a nuisance to operate and good lord do these things shed value, but the 720S remains one of our favourite cars 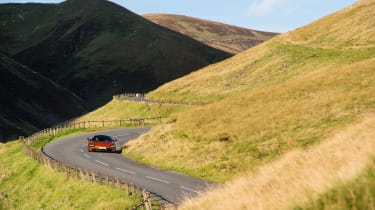 Use cosmic levels of restraint to avoid specifying any options and a basic 720S comes in at £208,600, with the 720S Spider at £237,000. Luxury and Performance trim levels add to this tally, while a huge range of colours, trim options and other toys will lift each figure towards the £300k mark.

Luxury specification brings with it dark palladium-coloured exterior trim, silver window surrounds, ambient lighting for the engine bay and cabin, liberal use of leather trim, and heated and memory-adjustable sports seats. Performance swaps the palladium exterior trim for carbonfibre, the silver window surrounds for graphite, and spreads a mixture of leather, Alcantara and carbon throughout the interior – along with, once again, ambient lighting.

The sector in which the 720S competes is hotly contested but also varied. Most recently at evo, we selected the Ferrari 488 Pista, Lamborghini Aventador SVJ and Porsche 991 GT3 RS for direct comparison with a 720S Track Pack (mainly a roll bar, buckets and enough carbon to shed 24kg), a test in which the McLaren held its head high. 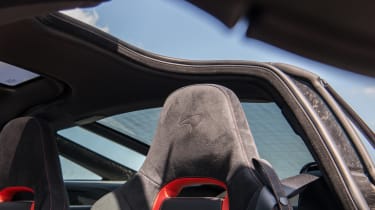 The regular car comfortably stands comparison with the less focused of each of these, not least the Ferrari F8 Tributo, probably its closest rival conceptually, while the market for open-topped cars at this level to rival the Spider is hardly small either. Whatever you choose to consider a rival though, the 720S is right up there.

It’s worth mentioning though that McLaren depreciation can be as fierce as the car’s performance. Early examples have already dropped as low as £140,000 – a fall of £70k from the basic, non-optioned figure they were worth originally. Modern supercars can be hit and miss with residual values, but the best 720S right now could well be a used one with a healthy extended warranty