Not content with just being a badge, SEAT's Cupra is now a brand, and a 296bhp Ateca SUV is its first model 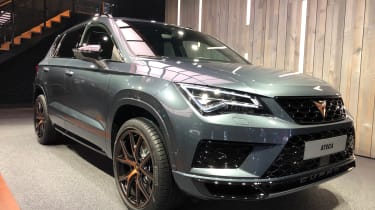 The Ateca will soon be followed by more focused Cupra derivatives of many SEAT models, powered by a range of drivetrains including petrol, plug-in hybrid and even battery-electric powertrains. The new brand also hopes to build its own model, not shared with the SEAT range. In total, Cupra will launch seven new models in the next three years. 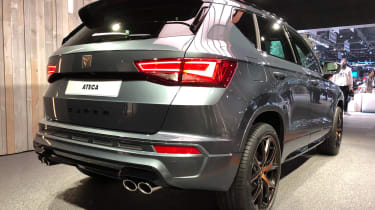 Soon after the official launch of the hot Ateca, Cupra’s range of models will be made up of both existing and future models within the SEAT family, from the Cupra Ateca to new Ibiza, Arona and the next Leon, However, there are currently no plans for a VW Up GTI-rivalling Cupra Mii. Built in SEAT's Martorell factory outside Barcelona, Cupra models will be developed by the firm’s SEAT Sport division, and while performance will be a key contributor to the Cupra ethos, the company says styling and personalisation is also key.

At the brand’s international launch, SEAT executives were frustratingly vague as to the specifics of the engineering DNA that will make a Cupra stand out from the existing SEAT Cupra models, which confusingly will still be sold alongside the new Cupra-branded models.

Vice president for R&D, Dr Matthias Rabe, would only go as far as to say that we can expect the dynamic improvements that were made to the limited edition SEAT Leon Cupra R – quicker, more direct steering, a sacrifice to ride comfort for improved agility, and a powertrain focused on performance – to be the benchmark for all future new Cupra models. In terms of powertrains, petrol engines will lead the line-up, with a plug-in hybrid also expected, most likely featuring electric motors on the rear axle tuned for performance over emission savings. 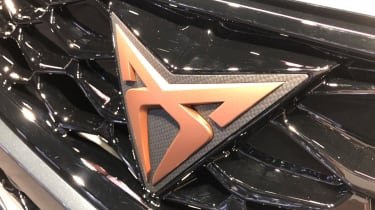 An indication of the direction Cupra will head in can be seen in its first model launched under the new brand: the Cupra Ateca. Its 2-litre, turbocharged, four-cylinder petrol engine is taken from the current SEAT Leon Cupra and mapped to suit the required performance characteristics. The Cupra Ateca is also fitted with adaptive dampers and a selection of driving modes, including a more extreme “Cupra” mode. Nineteen-inch wheels and tyres are standard fit, and a number of carbonfibre aero devices will also be fitted. SEAT badges will be replaced with new bronze-finished Cupra tags. It will reach 62mph in 5.4 seconds and top 152mph.

So why take an existing trim line and create a standalone brand? The simple answer is that SEAT isn’t performing strongly enough and needs to contribute more to the VW Group’s bottom line, and Luca de Meo, SEAT's president, sees it as the only way of achieving this. 'The SEAT brand still has image problems,' he told evo. 'We have proven we can design, develop and build cars to a standard equal to premium brands, but for many the SEAT badge is a barrier. Cupra will allow us to have a halo brand that will attract new customers to Cupra and also SEAT.'

> Click here for our review of the Golf GTI

How many new customers? In the last 20 years SEAT sold 60,000 Cupra-badged SEAT models: in 2017 it sold 10,000 alone. Cupra on its own will now have to double that latter figure within two to three years, of which 80 per cent are expected to be conquest sales and therefore totally new to the Spanish brand. The plan also states that 10 per cent of all future SEAT sales should be Cupra models. 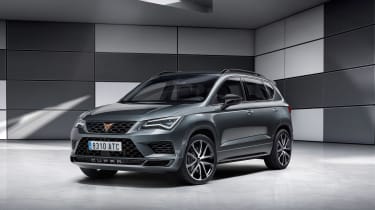 To reach those customers, over 20 per cent of SEAT's worldwide dealer network (265 dealers) will become Cupra specialist dealers, with SEAT funding 50 per cent of the investment costs dealers will face taking on the new brand. SEAT's head of sales and marketing also hasn’t ruled out individual Cupra dealers.

However, don’t expect a glut of new Cupra models in the immediate future, with Cupra Ibiza and Arona currently in the pipeline, and the first Cupra Leon not expected to appear until after the new Seat Leon is launched in 2019.

The SEAT Leon has been redesigned for 2020, and high-performance Cupra models are on their way