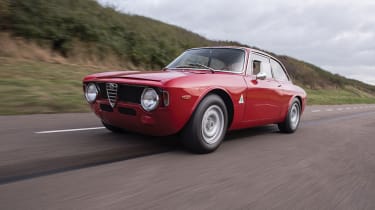 Hot on the heels of the RM Sotheby's Arizona sale comes the Paris sale, taking place during the Rétromobile show on February 8.

And like its Arizona counterpart, some seriously special cars will be offered for bidding during the one-day auction, from an enormous collection of Porsches to modern supercars and priceless vintage metal.

You can find all the lots below on our sister site, Classic and Performance Car - or click on the individual vehicle links to be taken to the relevant page. Keep your eyes peeled on this page, as evo will be streaming the Paris auction live. 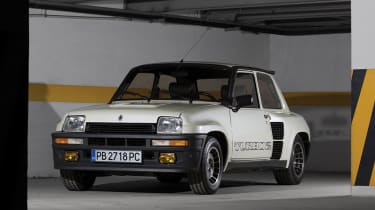 Befitting the Paris location, two of the most appealing examples crossing the block are both French. Specifically, a pair of early-80s Renault 5 Turbos of the mid-engined variety. The first, Lot 107, is a 1983 Turbo 2, presented in off-white - not a shade you might deliberately pick for the Turbo 2, but undoubtedly one that suits it. It's expected to sell for between €75k-€95k. 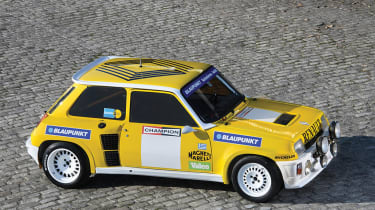 The other hails from a year earlier but is even more special - a 1982 Renault 5 Turbo Group B car. The car has both Group 4 and Group B homologation papers and was entered in the 1981 Monte Carlo Rally, driven by Bruno Saby. It's making 255bhp and has an estimate of €200k-€250k. 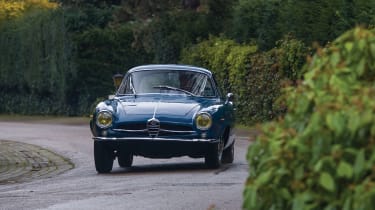 After the French cars, we're also keen on a quartet of Italians - specifically, three Alfa Romeos and a Ferrari. The first is a classy blue 1962 Alfa Romeo Giulietta Sprint Speciale, designed back in the day to compete in racing but ultimately outpaced (and eventually replaced in works entries) by the Giulietta Sprint Zagato. The SS is still appealing though, with flowing Bertone bodywork and in this instance a 100bhp, 1.3-litre twin-cam with twin Weber 40 carbs. The estimate is pegged at €120k-€150k.

The 1965 Alfa Romeo Giulia Sprint GTA can be considered something of a spiritual successor, achieving great success in touring car racing with Autodelta. Stradale versions like this one are particularly rare, a situation borne out by the GTA's €350k-€425k estimate. Impressively this one has avoided racing use and is mechanically standard as a result, though it does wear some Autodelta goodies, such as the sliding perspex windows. 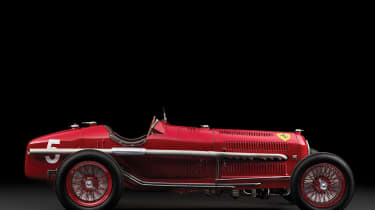 The third Alfa is one of even greater provenance and significantly greater cost - between €3.8m to €5m is the estimate. It's a 1934 Alfa Romeo Tipo B P3, as campaigned by Scuderia Ferrari during the 1934 and 1935 Grand Prix seasons by drivers such as Tazio Nuvolari and Rene Dreyfus. It is absolutely stunning and boasts an incredible history, and with a 255bhp straight-eight under the long bonnet it undoubtedly has a fair turn of pace. 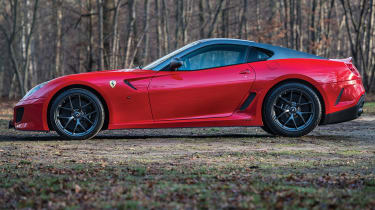 Ferrari of course went on to build his own race cars and eventually road cars, so you might consider the 2011 Ferrari 599 GTO something of a great-great grandchild of the racing Alfa. Packing the Enzo's 6-litre V12 behind its nose - in a 670bhp state of tune - it has to be one of Ferrari's most appealing cars of the modern era. It carries a €525k-€600k estimate. 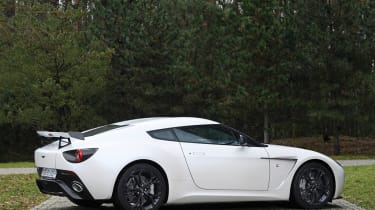 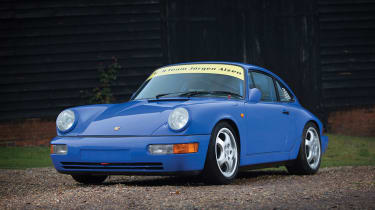 A couple of Porsches have caught our eye: one, a 1991 Porsche 911 Carrera Cup car, in probably the best shade for a 964 (Maritime Blue) and looking quite serious indeed on its original Cup alloy wheels, with more than a hint of camber squeezing them under the arches. It comes with a history of three Nürburgring 24 Hours entries, and a €225k-€275k estimate. 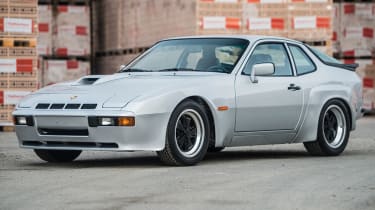 The other is an example of Porsche's front-engined dynasty, a 1981 Porsche 924 Carrera GT. It couldn't be anything but, with those pumped up arches and enormous bonnet scoop, and looks in stunning condition with 73,000km under its wheels. It should sell for €70k-€90k, with no reserve. 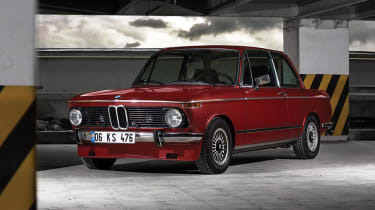 Continuing the German contingent is a 1974 BMW 2002 Tii Alpina A4S - this example making an impressive 195bhp from its 2-litre inline four, more power even than the 2002 Turbo. An evocative four-spoke steering wheel and Recaro seats grace the cabin; it's expected to reach €65k-€85k. 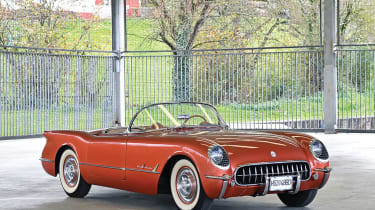 And while European cars naturally dominate, there's always space for an American icon, such as the 1955 Chevrolet Corvette also being sold in Paris. An early example - but not so early it doesn't have the more desirable 265 cubic-inch V8 - it's one of only four known to still exist in this particular "Corvette copper" paint shade. It has a €80k-€100k estimate.