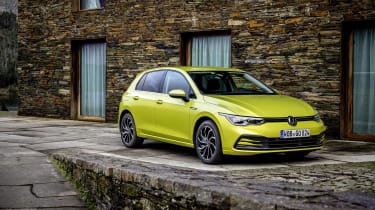 This diversion of emphasis has not come at the expense of development or innovation though, as the new Mk8 Golf promises to improve on its class-leading predecessor with new levels of quality, digitisation and efficiency, whilst still offering the performance variants we’re so fond of. Though supposed leaks are our only source of information on the next sporty Golfs, Volkswagen has confirmed that GTI, GTI TCR and Golf R variants will return, with plug-in GTE and diesel GTD versions below.

Just a few months since its reveal, the all-new hatch is now on sale in the UK, with the range initially beginning at £23,875 for the Golf ‘Life’, equipped with a 128bhp, 1.5-litre turbocharged petrol 4cyl, mated to a 6spd manual. Standard kit includes 16” wheels, automatic LED headlights and ambient interior lighting are highlights, with an array of safety features such as Adaptive Cruise Control and Lane Assist also to be found.

Perhaps more relevant to the evo reader is the inclusion of an electronic locking differential as standard, something that was first seen on the Mk7 GTI. Also available on any trim level is Dynamic Chassis Control, allowing drivers to fine tune the suspension at a cost of £950.

The powertrains might seem similar to those of the outgoing Golf, but there are lots of subtle detail changes going on under the bonnet to talk about. Though not yet on sale, two basic TSI models kick off the range with a three-cylinder turbocharged unit in 89 and 109bhp forms, while the aforementioned 1.5-litre four-cylinder turbocharged petrol engine in 128 and 148bhp flavours make up the middle ground. All petrol engines will come as standard with a six-speed manual transmission, and both four-cylinder models and the 108bhp three-cylinder then include the new eTSI mild-hybrid system when fitted with the optional DSG transmission. The system comprises a 48V supplementary electrical system and small electric motor to extend the Golf’s start-stop functionality and subtly assist acceleration at low speeds. Both four-cylinder models also feature active cylinder management, and completing the package all engines with 128bhp or less (be it three- or four-cylinder) run on the ‘Miller’ combustion cycle, also helping reduce fuel consumption. 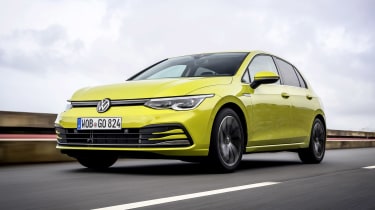 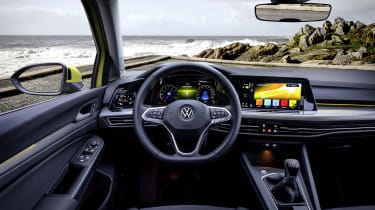 Order books for the eighth-generation Golf are open now, with first customer cars arriving in April. This timing gives the Golf a few months’ head start on the all-electric ID.3, which it will soon have to consider as a new in-house rival. For the majority not ready, or able to switch to an all-electric commuter car, the new Volkswagen Golf Mk8 promises to be all the family hatchback you could ever need. How long it remains that way is the question. 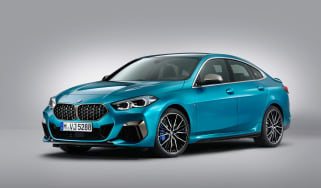