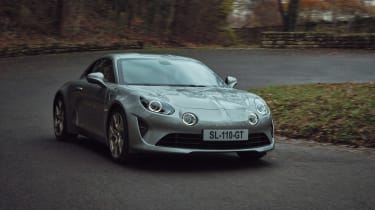 New Renault boss Luca de Meo has laid out the future pathway of Alpine, announcing its transformation from a low-production sports car maker into a new high-performance brand that will offer electrified performance versions of Renault models.

Alpine’s transformation will be templated on those of Cupra and Abarth, two sub-brand expansions that de Meo was responsible for during his time at the helms of SEAT and Fiat respectively. Without hesitation de Meo has confirmed that he plans to use the same technique with Alpine, transforming it into a more profitable part of the Renault-Nissan alliance, while lifting Renault’s image in one fell swoop. 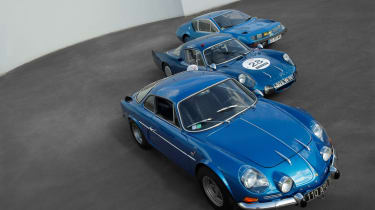 ‘As I did with Cupra, I will find a point of contact between the Alpine brand and some Renault models,’ de Meo told evo’s sister title Auto Express. ‘We need to be credible on that, so I’m not going to do that with Kangoo or Espace – I’m going to do that with things that fit the positioning of the brand.’

De Meo will set up the Alpine brand as a new business unit headed by current Renault F1 team managing director Cyril Abiteboul. It will be built on three pillars, comprising the rebranded Alpine F1 team, Renault Sport’s engineering business in Dieppe and the Alpine brand itself.

The incoming Alpine-branded models will utilise electrification in a similar fashion to Peugeot’s ‘Peugeot Sport Engineering’ products to create high performance derivatives of Renault models like the new Clio and Captur SUV. We also suspect a new high-performance Alpine crossover will be on the cards as part of the relaunch, sharing key platforms and tech with existing and upcoming Renault products. 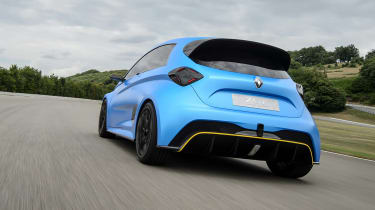 Unfortunately, the A110 is unlikely to make it to a second generation, but derivative versions of the current car are due to be released periodically. De Meo does fancy an electrified version of the A110, but admits that without a technology partner it would be difficult to pull off. A new bespoke Alpine product will also be difficult to justify, and a European-certified version of the recently revealed Nissan Z Proto is also likely to be off the cards as its underlying 370Z-derived chassis predates the A110’s lightweight aluminium structure.

This is all part of a wide-reaching €3billion cost-saving plan over the next four years for Renault. Production will be reduced from 4million to 3.4million units across the portfolio by 2024, with 4600 posts in France to be retrained, restructured or made redundant over the next three years, and another 10,000 job losses likely internationally.

This plan is also heavily reliant on the reaffirmation of its alliance with Nissan and Mitsubishi, streamlining development and part sharing across the group, reducing component diversity and increasing buying power with key suppliers.

From a product perspective, Renault will renew its focus on its electric vehicle and light commercial vehicle portfolios, two strong markets for the brand. This leaves Renault Sport at risk of falling silent, with the new Clio very unlikely to gain an RS version and a next generation Megane unlikely to be replaced at all.