Yet another RM Sotheby’s auction is on the horizon, and we’ve picked out the top lots 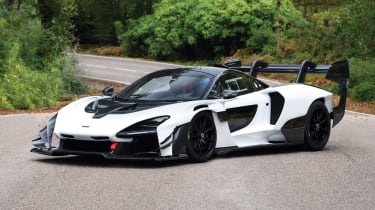 It seems that not a single RM Sotheby’s car sale can go by without us spending far too much time gawking at the lots, and this month’s Abu Dhabi auction is no exception. The sale takes place on 30 November at the Yas Marina circuit for the Abu Dhabi GP, with machines for both the track and road, new and old, set to go under the hammer. 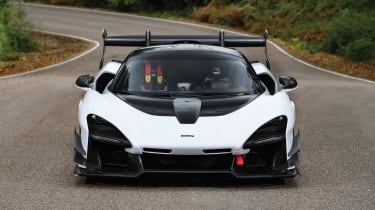 The customer-spec Senna GTR was only unveiled in March this year, but one of the 75 examples that will ever be produced has already ended up in the hands of RM Sotheby's. Finished in a contrasting white on black colour scheme, free of a livery, this striking track-only machine is set to bring in between $1.5m and $1.75m (£1.16m - 1.35m). That’s a large premium over the £1.1m list price due to demand - all cars sold out before the GTR was even shown to the public.

Unlike GT3 racers, the Senna GTR is held back only by the ability of McLaren’s boffins as opposed to regulations. It boasts a staggering 1000kg downforce figure at 155mph (200kg more than the road car), an 813bhp output from its 4.0-litre twin-turbocharged V8 and a rather mad bodykit that lowers the ride height. There are also wider, lighter wheels and various downforce-enhancing aero components throughout. 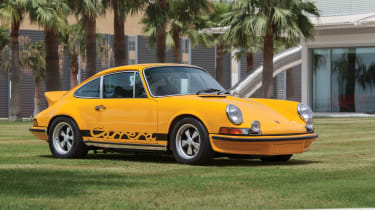 First up, a Porsche homologation special, of course. The Carrera RS 2.7 formed the basis of the 1973 2.8 RSR, the mighty 935 and more, and was formed from the 2.4-litre 1973 911S. Boasting wide arches, less weight and a higher-capacity engine, it was significantly more focused than the model upon which it was based. Despite this, it did feature plenty of amenities you’d expect to find in a road car, including an electric sliding sunroof, an auxiliary gasoline heater, Blaupunkt radio, sport seats and more. One of just 1580 examples produced, this car has been restored by German-based Hartmut Burhop, and has 36,437 miles on the odometer. 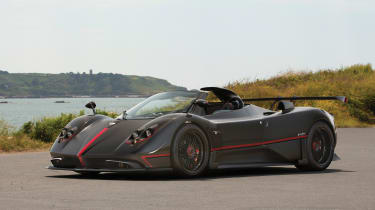 Double the cylinder count and 44 years on, we meet the Zonda Aether. Based on the ultra-exclusive 760, the Aether adds another level of rarity, boasting a number of tweaks you won’t find on any other Zonda. Under the skin is Affalterbach’s’s glorious 7.3-litre NA V12, producing 789bhp in this instance to match the track-only Zonda R. Not only is this one of just 140 Zondas ever to be produced, but it also features a six-speed manual gearbox, offering perhaps one of the world’s greatest driving experiences. 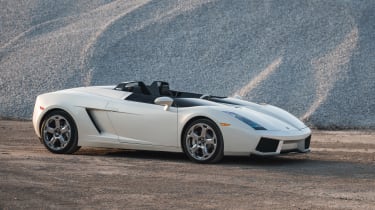 If you thought the Zonda Aether was rare, think again. First presented as a design study at the Geneva motor show in 2005, the model took the Gallardo and removed both the roof and windscreen, providing a vastly enhanced driving experience, as well as striking looks. An enthusiastic reception led to plans to create 100 running examples, and although a single road-homologated car was produced, plans for the additional 99 were scrapped due to the sky-high costs. The initial prototype model remains at the Lamborghini museum in Sant’Agata Bolognese, but the world’s only running model is now up for grabs from its original owner, bearing just 124 miles on the clock. 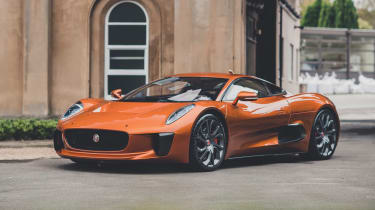 The C-X75 was Jaguar’s attempt at a rival for McLaren’s P1 and the Ferrari LaFerrari, boasting an all-wheel-drive electrified powertrain. Much to the dismay of its designer, Ian Callum, and many in the community, the British marque never put it into production, canning plans in late 2012. The model did make a comeback in the James Bond film Spectre, however, with Williams producing a handful of cars for use in filming. This particular car was equipped with JLR’s 5-litre supercharged V8, sending power to the rear wheels, and with plenty of gadgets, including a hydraulic handbrake for stunt driving. Williams gave the car a full service post-filming to ensure everything was up to scratch for the next owner, and it’s heading to Abu Dhabi later this month... 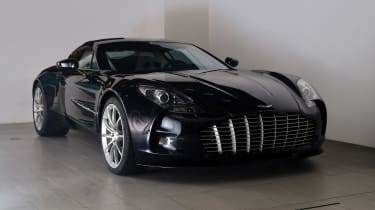 Bar the comparatively common Carrera RS, the One-77’s the least exotic of all cars on this list, but there’s a very good reason it’s featuring... The Aston Martin One-77 took cues from the marque’s standard cars at the time, and turned them to 11. Expensive, time-consuming construction methods were used to craft the machine’s striking aluminium bodywork, with Cosworth working on the brand’s ubiquitous V12 to create a high-revving, 7.3-litre, 750bhp masterpiece. What makes this particular car special, is its owner, founder of the Auction4Wildlife charitable initiative – all proceeds from the sale will go to the conservation of wildlife in Africa. Not only will the highest bidder be the owner of a One-77, but they’ll also have donated a rather hefty sum to charity. It’s a win win.