Does the third generation TT work just as well as a convertible? 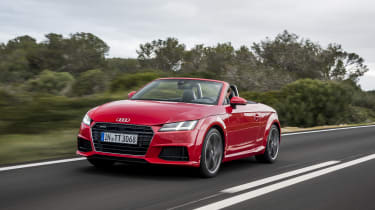 Audi’s third generation TT roadster benefiting from the same overhaul the coupe experienced last year. In the 20 years since its debut the TT, and in particular the roadster, has become a linchpin in the Audi model line.

The roadster swaps the coupe’s metal roof for a new folding fabric item, which is 3kg lighter than the old roof and still only requires you to press a button to open and close it in 10 seconds, which you can do when driving up to 31mph if you so wish. You can also order the roof in black, grey or beige.

The new TT roadster is initially available with three engines. There’s the all new 2-litre TFSI petrol producing 226bhp as tested here, a more powerful 306bhp version for the range topping TTS, and an updated 181bhp 2-litre TDI unit carried over from the previous generation TT. 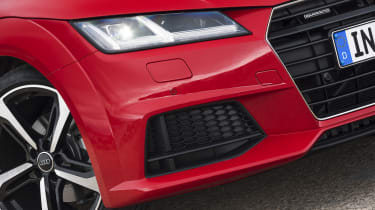 The new 2-litre turbocharged petrol delivers its 226bhp between 4500-6200rpm, and 273lb ft of torque from 1600-4300rpm. There is a choice of transmissions: a standard six-speed manual, or you can pay a premium for Audi’s six-speed S tronic double-clutch gearbox. Front or quattro four-wheel drive is also available with the 2-litre TFSI, and it’s the former we’re testing here.

Our manual test car will accelerate to 62mph in 6.2secs and is limited to 155mph maximum speed. Audi claims 47.1mpg on the combined cycle, with the 1395kg roadster boasting a 162bhp/ton power to weight ratio.

As with its coupe sibling, the new TT roadster comes standard with Audi’s virtual cockpit, which is based around a 12.3 inch LCD screen positioned within the instrument binnacle to provide a driver’s eye view of every piece of data you could possibly want. If you’re feeling flush you can also specify Audi’s Technology Package, which includes a high-speed internet connection. 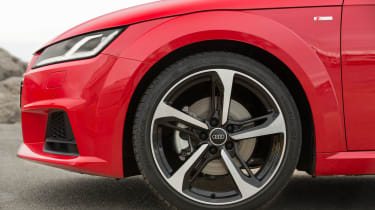 The TT’s new four-cylinder engine is packed with goodness. Its power delivery is smooth and progressive and never leaves you wanting. It revs cleanly to the redline with no sense of the power tailing off. But while the gruff engine note adds a welcome no nonsense tone to proceedings, the performance doesn’t quite match the bark.

The six-speed manual is precise to use, with none of the Audi clunkiness of old, although it’s still not the quickest to move around the gate. Second to fourth gears are well suited to the engine’s power and torque delivery with every shift delivering you back into the heart of the engine’s sweat spot. 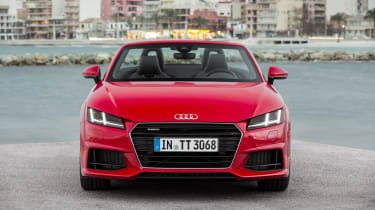 A benefit of the TT being designed from the outset as roadster means it feels planted and secure on the road, with no scuttle shake to speak of and good body control. The roadster weighs 85kg more than the coupe, but the balance and weight distribution is good, allowing you to lean on the chassis when you need to.

As with many a VW Group product, its natural handling balance is neutral and before anything else happens it will understeer when you start getting to greedy with the throttle.

The ride quality is well resolved even on the optional 19inch wheels fitted to our car, the steering is precise despite lacking any real feel, and traction is strong despite the OE Hankook tyres struggling at the upper limits in the wet conditions we encountered during our test.

You can match the 226bhp 2-litre TFSI engine with Audi’s quattro four-wheel drive system, but the chassis never feels that stretched that you think it needs to be able to shuffle its power and torque between two driven axles. 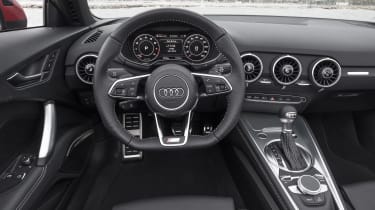 The interior is typically Audi, with a cohesive design and impeccable build. The LCD screen works well in the instrument binnacle, and the optional sport seats with their to ability to supply warm air to the base of your neck makes roof down motoring a more realistic option more of the time. But be careful, get carried away with the options and the price begins to creep up.

The M235i convertible and S3 cabriolet are both potential alternatives to the TT Roadster. 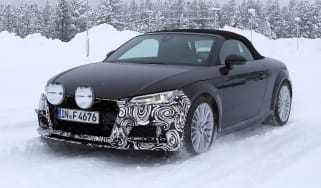 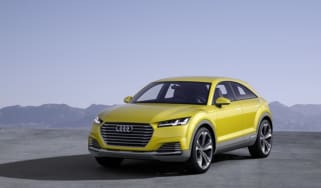 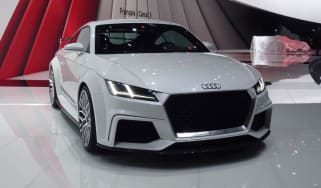 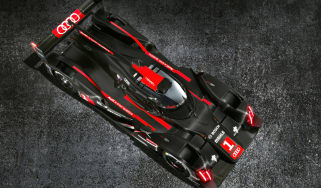 Audi has revealed the first picture and details of next year's R18 e-tron racer, ahead of its full reveal before the end of the year
Visit/audi/tt-convertible/13520/audi-tts-competition-news-specs-and-uk-prices 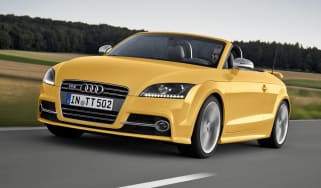