The first BMW X3 M previews the next BMW M3’s all-new powertrain, let's hope it doesn’t preview anything else 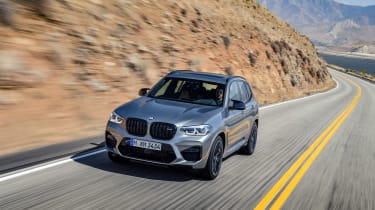 You’ve heard the statement that there are no bad cars today, right? Well consider the BMW X3 M a rebuttal. Each of its ingredients are generally good; the basic X3 is a fine, if unremarkable midsize SUV, the powertrain will soon be found in the upcoming M3, and the tech is all predictably top notch, yet for some reason it doesn’t quite come together.

This is the first time BMW has released a full-fat M-version of the X3, so enters a very crowded and surprisingly diverse roster of rivals from all over the premium sector. Yet the X3 M’s rivals won’t give it an inch, as models like the Alfa Romeo Stelvio Quadrifoglio and Porsche Macan Turbo are both deeply impressive performance SUVs that seem to be resonating with buyers. So why, and more potently how did BMW get it so wrong?

The X3 M’s powertrain is the same setup we’ll see in the M3 and M4 later this year. It comprises a new 3-litre straight-six under the S58 designation, and is heavily based on the modular B58 unit found in everything from the BMW M340i, to the Morgan Plus Six and Toyota Supra. Like the B58, it utilises a closed-deck construction, but from there has been substantially redeveloped to meet the M Division’s loftier benchmarks.

Highlights include a larger bore and shorter stroke, which marginally reduces the cubic capacity, but also raises the rev limit to 7250rpm, up from 7000rpm in the B58. It also swaps out the twin-scroll turbo in favour of a twin single-scroll turbo setup, and features a lower compression ratio favouring power over efficiency. The oil pan, intake, oil coolers and heads are also bespoke, the latter incorporating 3D printed components to reduce weight internally. 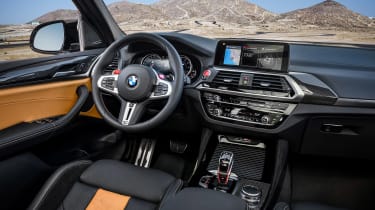 As a result the S58 produces an impressive 503bhp at 6250rpm, while torque plateaus at 442lb between 2,600 and 5,950rpm. This grunt is transmitted to all four wheels via an eight-speed ZF automatic transmission. Further aiding traction is an active locking rear differential, as this is a mostly rear-driven all-wheel drive system, but it doesn’t feature the ability to decouple its front driveshafts – it is an ‘all-terrain’ vehicle after all.

Thanks to the combination of an automatic transmission, all-wheel drive and muscular engine, the X3 M will hit 62mph in 4.1sec, 0.3sec slower than the identically powered Alfa Romeo Stelvio Quadrifoglio. Top speed is limited to 155mph.

The X3 M is certainly at the performance-orientated end of the fast SUV spectrum, utilising standard steel springs paired with adaptive dampers rather than the air setup found in rivals like the GLC 63 AMG or Range Rover Velar SV Autobiography Dynamic. It also does without any body roll mitigation systems or mild-hybrid assistance. 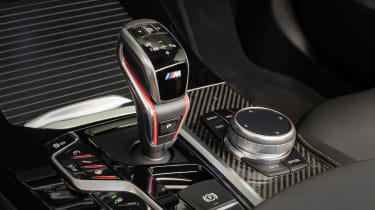 Instead the X3 M more closely rivals the Alfa Romeo Stelvio and Porsche Macan Turbo (without the air-springs optioned), yet where the Alfa’s kerb-weight is nearly 150kg less than a Mercedes-AMG GLC 63S, the BMW, despite its more rudimentary suspension setup and two-cylinder deficiency is actually marginally heavier than the AMG at 2025kg.

The interior is mostly unchanged, save for trim updates and a chunkier set of M-specific sports seats, but the overall design and build quality is top notch, without many of the new and somewhat contrived elements found in other recent BMW models.

If you’ve heard the baritone timbre of the previous-generation M3 or M4 and are hoping for a similar quality in the X3 M you’ll be disappointed. The S58 engine sounds rather dull, operating without any real sense of occasion from in front of you or behind via the baffled exhaust. Pull away and you’d have little sense that, M-specific gearlever aside, this is anything more interesting than a hushed six-cylinder version. Or it would, if it didn’t ride like a Victorian ox-cart being slowly towed over a furrowed field in mid-summer.

We kid you not, the X3 M is more uncomfortable on the road than our old Caterham 310R long termer. A quick look outside confirms the reasonable sidewalls on the standard-fit Michelin tyres aren’t the culprits, rather the hilariously stiff springs and dampers. Hit an intrusion on the road surface and it takes no prisoners, crashing into the cabin with the full force of over two tonnes bouncing off the rigid tarmac. Flip between the modes on the adaptive dampers and it doesn’t improve – slackening the dampers in the softer modes only makes the damping feel even more ham-fisted, while new anti-roll bars, engine mounts and suspension bushes all feel rock solid. 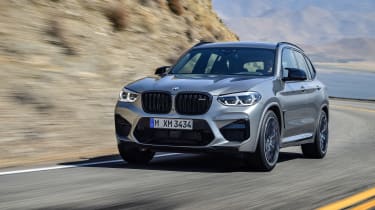 The lead-on effect of this quite shocking lack of compliance is that the X3’s usually supple chassis is eroded to a point that big-throttle applications at low speeds cause the chassis to buck and weave as the 500-plus horsepower struggles to release itself from the drivetrain. BMW’s decision to include an active locking rear-differential seems like a wise one, as it’s clear most of that power would surely be spun away on the unloaded rear wheel before the computers have the chance to shuffle it to the front axle. This makes the X3 M feel remote and unmanageable, while in damp conditions you’re reminded that this is a very rear-biased SUV, spitting you sideways without any forewarning on big throttle applications – something that’s only accentuated by the numb steering.

The engine does at least show some promise in its most aggressive modes, pulling strongly at low revs and feeling every bit of its 503bhp. The transmission is benign and smooth at low speeds, but lacks urgency in its shifts, while off-boost throttle and transmission response is also left wanting. The brakes lack progression, and the outright stopping power feels a little undernourished considering the X3 M’s straight-line performance. This is not a class that usually elicits excellent drivers’ cars, but the Alfa Romeo Stelvio Quadrifoglio proves it’s possible to make an SUV of this size drive well.

And so we reach another fly in the X3 M’s already insect-infested ointment. Priced from £79,990 in the UK in its admittedly fully-loaded Competition specification, the BMW is nearly £12,000 more expensive than the Alfa Romeo or the recently updated Porsche Macan Turbo, about £6k more than the supercharged V8 Jaguar F-Pace SVR and only a couple of thousand less than a Mercedes-AMG GLC63 S. 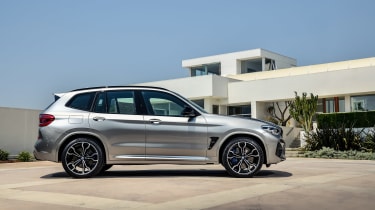 The biggest problem is that the Stelvio and Macan both drive significantly better – while the Porsche might lack outright grunt, its dynamic polish and more rounded on-road package will appeal to a broader base. The Alfa, meanwhile, is almost hot hatchback-like with impressive poise, a playful handling balance and a fantastically charismatic twin-turbo V6 engine.

This might sound harsh, but the X3 M feels like a product of an internal department’s will to have this small niche in the market filled, rather than a car engineered by people with the passion or interest to execute it properly. 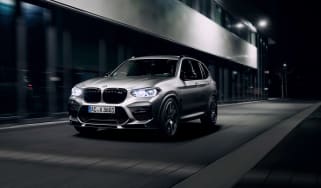