2015 Detroit auto show - things you may not have seen

They might not have grabbed headlines, but the 2015 Detroit auto show had plenty of other star cars 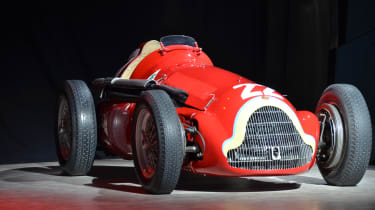 Launches don’t come much bigger than a new Ford supercar, so the attention garnered by Ford’s GT at the Detroit auto show was more than warranted.

So too were the column inches dedicated to the Acura NSX, Infiniti’s Q60 concept and the Alfa Romeo 4C Spider.

In all the excitement, you might have missed some of Detroit’s other highlights. We’ve compiled a gallery of our favourite details from the North American International Auto Show – read about them below. 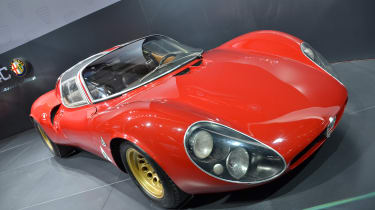 Alfa Romeo’s Collezione Storica contains some truly stunning vehicles and the Italian marque is only too happy to wheel them out at motor shows to support the launch of a new product.

At Detroit, Alfa’s historic vehicles included a stunning Tipo 33 Stradale and a Grand Prix Tipo 159. The former in particular was surely chosen for its similarity to the Alfa 4C near it on the stand. 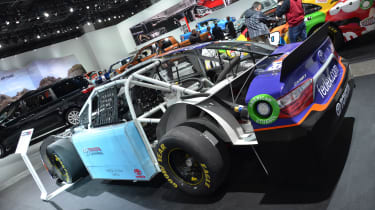 Twenty years ago the idea of a non-domestic maker in America’s NASCAR racing series would have been grounds for ridicule, but in recent years Toyota has built a strong following in the sport with its Camry silhouette.

Alongside the iconic M&Ms-liveried car was a stripped-down version of this year’s race car. If you’ve ever doubted just how much engineering goes into what seems on the surface like a simple sport, the cutaway Camry should change your opinion. 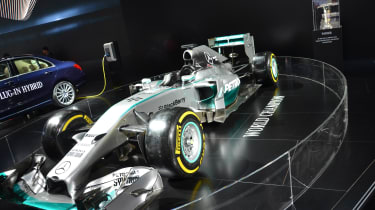 Engraved with the names of every previous championship-winning team, the trophy is smaller than you might expect – but for the teams that get to hold onto it for a year, absolutely priceless. 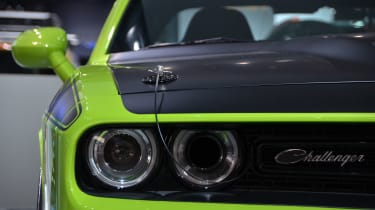 You’ll be familiar with many of Detroit’s show stars, but look closer and there were myriad stunning details to be found. 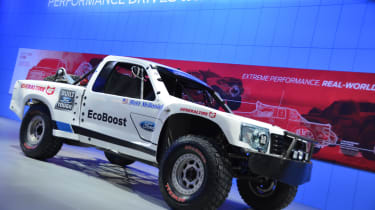 In America, the pickup truck is king, and Detroit wasn’t a disappointment for those seeking style and utility.

Ford displayed two F-150 race vehicles on its stand to support the launch of the new Raptor – a classic rally raid vehicle and a brand-new F-150 Ecoboost Baja truck. Chevy had a Raptor-rivalling concept on its booth based on the Colorado pickup (with fantastic exposed remote-reservoir dampers) and Hyundai’s Santa Cruz concept was attracting plenty of attention too. 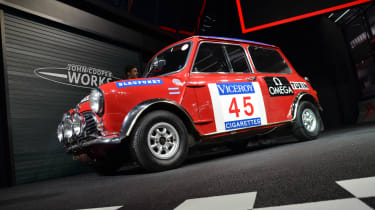 Mini’s success in the United States might seem unusual for a company selling relatively small cars – a class of vehicle that has traditionally struggled in North America.

The classic Mini is loved worldwide though, and Mini briefly displayed a classic rally Cooper alongside the new John Cooper Works. The new car may be impressively fast, but there’s still a lot to be said for ultra-light weight and a set of 10in Minilite wheels…

Read about Detroit’s main show stars in our full gallery and check out the evo team’s favourite details here.