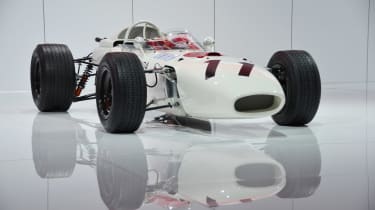 Honda will return to F1 in 2015 as an engine supplier for McLaren – a constructor it last partnered in 1992. It won't be the first time the Japanese maker has competed in F1, though the company's success has varied over the past few decades.

It's easy to forget that Honda's Grand Prix history stretches back far further than its success with teams like Williams and McLaren in the 1980s and 1990s however.

The team entered Grand Prix racing as far back as 1964, with the RA 271. A single car was entered that year, with American racer Ronnie Bucknum at the wheel. The team competed in only three races and made very little impression on the series – but as with Honda’s entry into motorcycle racing the same decade, the team would quickly improve. 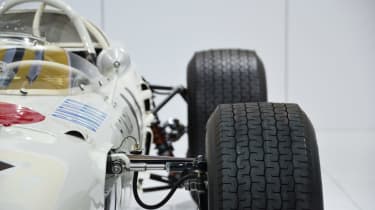 1965 saw the introduction of the RA 272 – the car you see in these pictures. With Bucknum now joined by fellow American Richie Ginther, Honda scored 11 points during the season.

The car was notable for its specification as well as its improved form, however. Behind the driver sat a 48-valve V12 engine displacing just 1495cc – around the same capacity as Honda’s modern CR-Z hybrid. Unlike the CR-Z, the racing V12 developed 230bhp at a screaming 13,000rpm, through a six-speed gearbox. 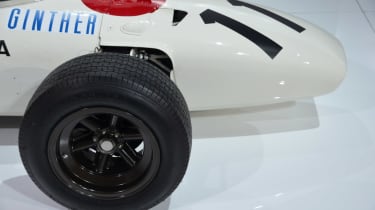 In the metal, the RA 272 strikes you as incredibly petite. F1 cars are still relatively small, but devoid of wings, wide tyres and a ground-hugging stance, the slim body with its exposed engine and delicate suspension arms looks almost toy-like.

This particular example, emblazoned with Ginther’s name in blue script, is also meticulously-kept. Polished engine components gleam under the motor show’s lights and gentle ripples in the bodywork suggest an aluminium skin stretched tightly over the car’s frame. 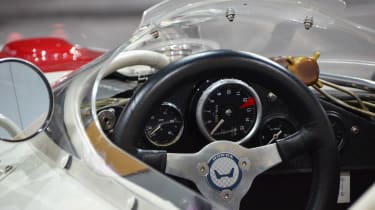 Red tape marks the engine’s red line – though in period the V12 was apparently capable of 14,000rpm. Flanking the tachometer are gauges for water temperature and oil pressure. Steering is via a tiny Moto-Lita wheel.

The entire car evokes a time when Grand Prix racing was undoubtedly dangerous, but at the same time incredibly beautiful.

Read about another of our Detroit motor show highlights, the BMW 3.0 CSL IMSA.