What is Renault Sport? - the motorsport history behind the hot hatchbacks 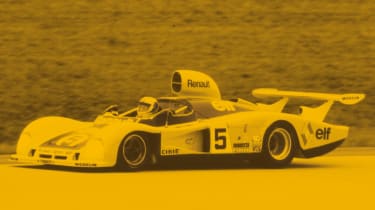 We know Renault Sport can develop quite the hot hatchback, but did you know that Renault Sport is one of the most widely successful racing divisions in the history of motorsport?

Born in 1976 from the merger of two separate Renault-owned racing divisions, Gordini and Alpine, Renault Sport was initially run from the Gordini factory in the southern suburbs of Paris.

Previously, the task of developing the drivetrain and chassis were split between the two entities, but after a desire for greater integration between the two departments from Renault the two were brought together.

It took only two years for the newly reformed racing development outfit to win its first international event, but the French marque's success didn't end there...

Renault is the only manufacturer to win top level races in five motorsport categories. Starting with the A442 at Le Mans, these are the cars that did it. 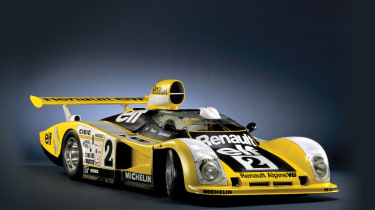 The iconic bubble canopy and tall airbox define the shape of the Renault-Alpine A442, but its victory at Le Mans in 1978 (in modified A442B form) secures its place in the history books. Renault won the event at the third attempt with Didier Pironi and Jean-Pierre Jaussaud holding off Wollek, Ickx and Barth’s Porsche 936 at an average speed of 130.6mph. It remains the firm’s only victory at Le Mans. 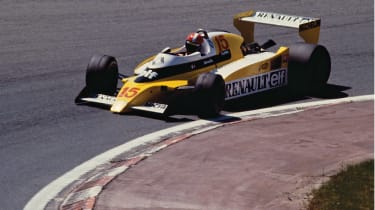 Renault debuted its turbocharged RS01 at the British Grand Prix in 1977, but it was 1979 before Jean-Pierre Jabouille drove it to its first Formula 1 victory, fittingly at the French Grand Prix in Dijon. While the race is best remembered for a dramatic wheel-to-wheel tussle between Villeneuve and Arnoux for second position, JPJ’s win was the first victory of many for Renault and notably for Renault engines - as of 2016, 168 Grands Prix have been won with Renault power. 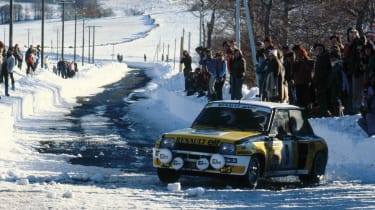 After nine hours, fifty-five minutes and fifty-five seconds of special stages, Jean Ragnotti crossed the line in the 1981 Monte Carlo Rally and gave Renault its first World Rally Championship victory. Renault had won rallies before of course (with the 8 Gordini and Renault-Alpine A110, among others), but the Renault 5 Turbo was the first since the WRC became an officially-sanctioned FIA series in 1973. 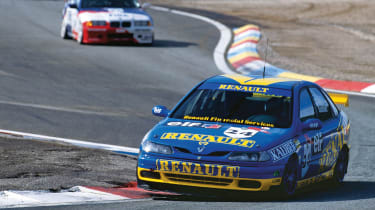 Renault’s BTCC campaign became synonymous with the Laguna of the mid-1990s, but the brand’s first win actually came with the unloved Renault 19 16v. The driver was more familiar though: Swiss star Alain Menu, who subsequently took the BTCC title with Renault in 1997. A wet Donington Park allowed Menu to narrow the gap to faster rivals, securing a second-place finish in the first race of the day and Renault’s first win in race two. 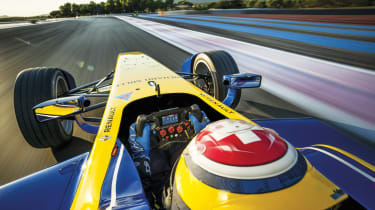 It’s little surprise Renault has become a dominant force in Formula E, as the French marque has led development of the all-electric single seaters since the formula’s inception. The e.dams Renault squad took the teams’ title in its first two seasons and e.dams driver Sébastien Buemi won the 2014-15 drivers’ championship. Buemi also gave Renault its first Formula E victory: He won round 3 of the inaugural season, at Punta del Este in Uruguay.