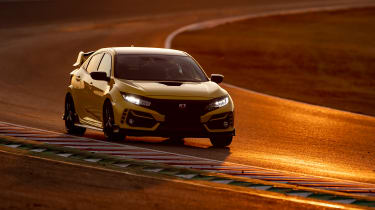 Prices for the new Honda Civic Type R derivatives have been confirmed when the range arrives in the UK next month. Despite only now being specified, the aptly named Limited Edition model is already sold out in the UK, with all 20 units being spoken for at a £39,995 price point.

The other two models have now also been priced, with the basic model costing from £32,820, with the GT and Sports Line models costing an identical £34,820. Those who are more interested in monthly’s will want to know the new model will start at £339 per month.

The track-focused Limited Edition model has added another accolade to the Civic Type R’s name, breaking the front-wheel-drive lap record at Suzuka Circuit in Japan. During final testing in February of this year, the Limited Edition covered the 3.8-mile track in only 2:23:993, two years after the standard Type R GT broke the front-wheel-drive lap record at the Nurburgring Nordschleife. 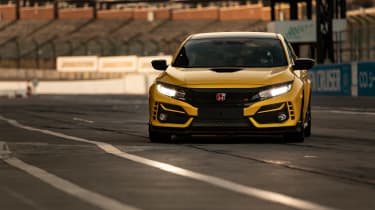 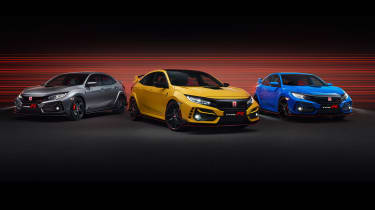 The previous range-topping GT model remains with these changes applied and a new Racing Blue paint option, but it’s the two new variants that are more interesting. A £39,995 price tag for the Limited Edition has been confirmed with a release date penned for August – the UK will receive just 20 of the 100 EU-only units, and all have already found owners. 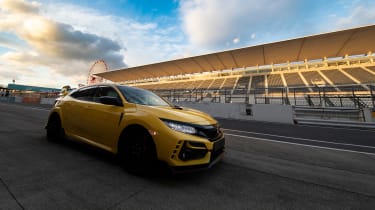 For those who think the standard Civic Type R looks a little boisterous, Honda has responded with the launch of a new Sport Line model that leaves the dynamic package largely alone, but tones down the standard Type R’s rather aggressive styling.

Set to launch in August, these two new variants, alongside the range-wide updates, seem to answer the few criticisms we levelled at the current Type R. No pressure then.