Just a month after its reveal, all 20 UK allocations of the Honda Civic Type R Limited Edition have been accounted for 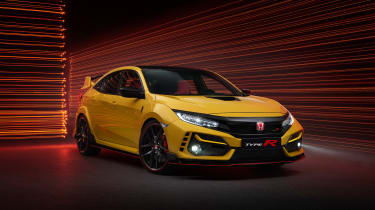 The second, and arguably more exciting model, goes in the opposite direction, being a very limited edition stripped of superfluous kit, and instead fitted with new forged wheels, Michelin Cup 2 tyres and a retro paint finish. These two new models come alongside a wider refresh  of the existing GT model for 2020, all three of which share a host of other updated features. 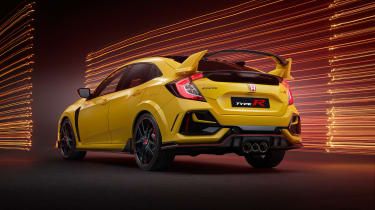 Sadly, all 20 UK allocations of the Limited Edition have already been accounted for before customers even saw the car in the metal. Nonetheless, we're sure some will surface on the used car market in time, albeit for a premium over its original £39,995 price tag. 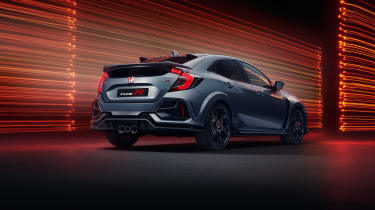 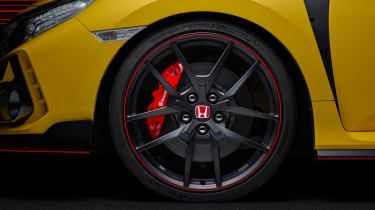 The previous range-topping GT model remains with these changes applied and a new Racing Blue paint option, but it’s the two new variants that are more interesting. UK prices and availability have not been revealed at this stage, aside from confirmation of a later August release date for the Limited Edition model, and a UK allocation of only 20 of the 100 EU-only units. 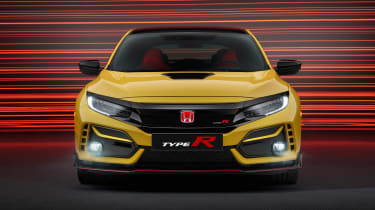 Honda says it’s not directly going for a reclamation of the front-wheel-drive Nürburgring lap record with its lighter, harder Civic Type R, but does consider a lap time at the Ring part of the car’s development sign-off, so we’ll doubtlessly see an official lap time closer to the launch this August. 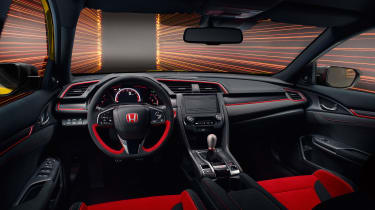 For those who think the standard Civic Type R looks a little boisterous, Honda has responded with the launch of a new Sportline model that leaves the dynamic package largely alone, but tones down the standard Type R’s rather aggressive styling. 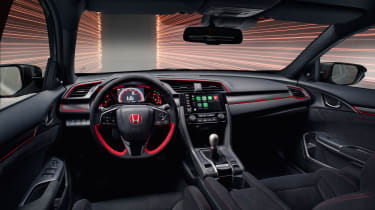 Due for a public reveal at this year’s Geneva motor show, these two new variants, alongside the range-wide updates, seem to answer the few criticisms we levelled at the current Type R. No pressure then. 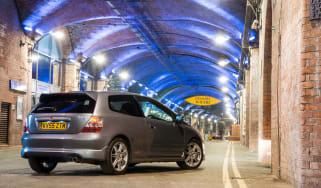