Mercedes confirms a variety of AMG and Maybach G-class-derived models are to come.

Mercedes will broaden the G-class line-up with a range of high-performance, luxury and heavy-duty versions according to Gunnar Güthenke, head of the Off-Road Product Group at Mercedes-Benz, who spoke with our sister title AutoExpress.

Güthenke spoke of the Mercedes G-class’s diverse underpinnings, in reference to further variants of the G-class to come, which can accommodate more power and a more aggressive chassis configuration than we’ve seen in previous generations. As a result, Güthenke suggested a G63 S is in the pipeline, as are more specialised derivatives and Maybach-branded models.

‘We have had [G63] 6x6, the G500 4x4 Squared and the Landaulet,’ Güthenke told AutoExpress. ‘Will there be more to come? Certainly. We have a small team, but all of these cars were developed very quickly. Let’s see what comes.’ 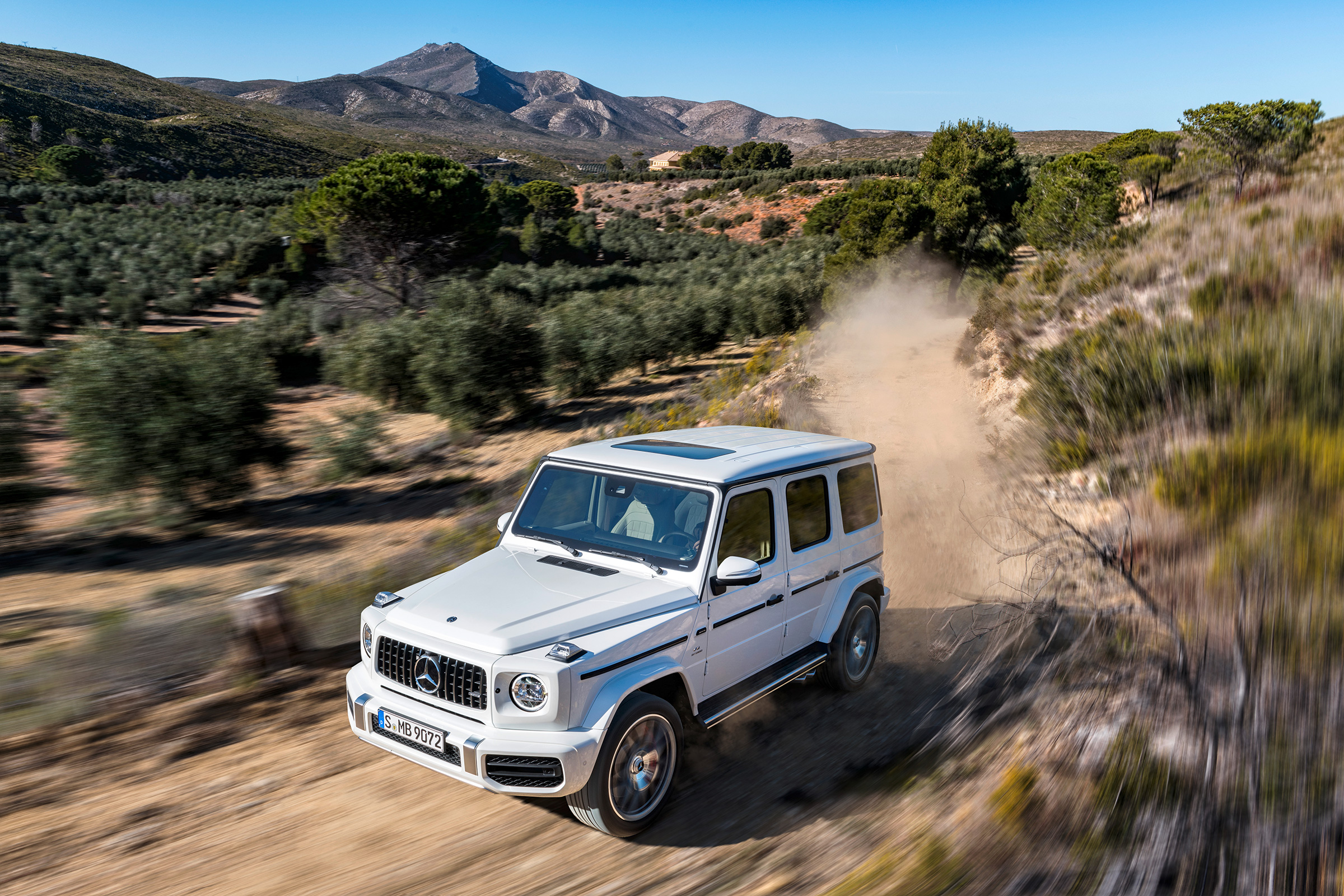 Speaking in more depth about an AMG S model, Güthenke said: ‘Previously, you’d never have had the steering and dynamics for an S. I am so excited about future modifications.’

What shape a Mercedes-AMG G63 S may take is anyone’s guess, however more power is likely, and possible, seeing as the Mercedes-AMG E63 S squeezes out 26bhp more than the G63 from the same engine.

Regarding further AMG G-class models Güthenke said ‘our customers love the V8’, suggesting AMG 43 and 53 models are unlikely to feature.

Prices for the new Mercedes-AMG G63 will start from £143,305 when the order book opens later this year; a limited launch model, coined the Edition 1, will carry a £20k premium. Distinction between the two, however, won’t come from the powertrain; both share Mercedes-AMG’s twin-turbo 4-litre V8, which churns out 577bhp and 627lb ft of torque – enough to haul the 2.5 tonne behemoth from 0-62mph in 4.5sec. Top speed is limited to 137mph. Mercedes will, however, raise it to 149mph should you specify the AMG Driver’s Package.

AMG has incorporated cylinder deactivation technology, which plays its part in the G 63 achieving an official combined fuel consumption figure of 21.4mpg. In the real world, expect a considerably more distressing figure.

Drive from the V8 is deployed through a nine-speed Speedshift TCT 9G ’box, and then to a 4Matic four-wheel-drive system that now possesses a 40:60 (front-rear) torque split (compared to the 50:50 distribution of the old model). In fact, with its double wishbones on the front axle and a 55 per cent more torsionally rigid body, the new G has taken a significant step towards modernity, including numerous driver modes covering the adaptive suspension, steering weight and engine and gearbox calibration.

There are five on-road driving modes, and three off-road modes (Sand, Trail and Rocks). Then again, with its rigid rear axle and ladder frame, it’s clear where the G63’s real focus lies, even if most will never venture out of city centres. Once again, there are locks on the front, rear and centre differentials, now electromechanically actuated and fully networked, with a low-range gear set enabled by a reduction gear accessible below 25mph.

Familiar G63 design cues are readily apparent on the exterior, with side-exit exhaust pipes, running boards and wheels in up to 22-inch size present. An AMG Night Package blacks out much of the glazing and lighting, and adds a matt-black finish to the alloy wheels. Inside, a full-width digital cockpit is an option, along with a host of luxury and personalisation options.

Morgan has announced a release date for its new Ford-powered 3 Wheeler, alongside a fresh teaser image
Skip to HeaderSkip to Content