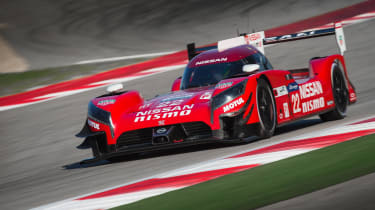 Nissan has confirmed its front-wheel drive GT-R LM Nismo LMP1 car is set to return to a full racing schedule in 2016.

After making an encouraging, if troubled debut at the Le Mans 24 Hours in June, the car was scheduled to appear at subsequent World Endurance Championship events.

However, continuation of technical issues faced at the world-famous French event led to those plans being delayed, with no clear indication of whether the team would return before next year’s race at Le Mans.

Now, Nismo president Shoichi Miyatani has reaffirmed the company’s focus on competition. ‘We are committed to competing at the highest level and we are not happy when we are not winning,’ he said. ‘Racing is a vital part of our DNA and we will work to get this right.’

In order to prepare the car for next year’s WEC season, Nissan has hired Michael Carcamo from Nissan Mexico to adopt the role of Team Principal. 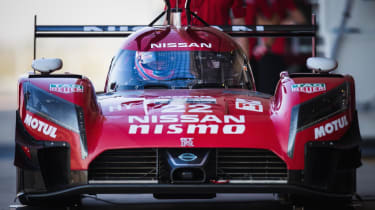 Previously, this position was held by Ben Bowlby, who also designed the front-wheel drive racer. Far from a vote of no confidence in Bowlby’s abilities, Carcamo’s appointment should allow Bowlby to commit greater focus to the car’s engineering.

‘Ben had his hands full trying to do everything; managing the design and build but also the race and test operation,’ explained Carcamo. ‘My knowledge of Nissan engineering processes and project planning experience will help Ben and the team concentrate on making the car deliver on it’s promise’.

The team reports that multiple changes have been made to the car since Le Mans, though it’s also clear that a major hindrance in its Le Mans specification – that of non-functional KERS – remains non-operational.

On a more positive note, the team suggests the car is already much faster at Circuit of the Americas in Texas than it has previously run, suggesting Nismo has found latent pace within the car. With KERS, and a new bespoke tyre currently under development by Michelin, the car has potential to be even faster.

Whether it’ll be fast enough to compete with the searing pace of 2015 Le Mans winners Porsche, and the consistency of Audi come the opening round at Silverstone in April 2016, remains to be seen.