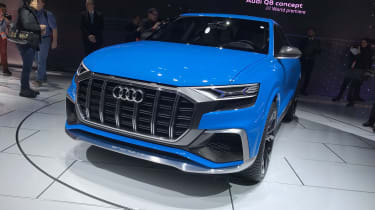 It may lack the glitz of Geneva, the sheer size of Frankfurt or the sunny disposition of the Los Angeles auto show that precedes it by a few months, but the North American International Auto Show - NAIAS, or the Detroit auto show, always has a few tricks up its sleeve.

Manufacturers, particularly American ones, take it very seriously indeed - it was in Detroit that the Ford GT made its global debut in 2015, appearing completely out of the blue.

Below is a run-down of the most relevant cars from this year's show.

When is the Detroit auto show?

The 2017 Detroit auto show takes place at the Cobo Center in Detroit between January 8-22, 2017. The press days will run from January 9-10, which is when the new metal will be revealed, with the show opening to the public after that. 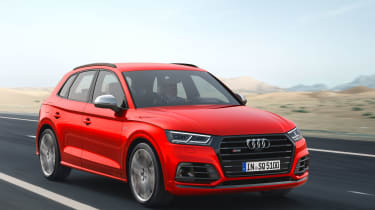 'Q8' is an appropriate name for a large, gas-guzzling performance SUV, as you'd probably need shares in one of the Kuwait's oil companies in order to fund each journey. Yet it's also a logical name in Audi speak, as the new SUV is designed to sit above the existing Q7 as a more sporty, coupe-like take on the large SUV theme.

Scheduled to go into production in 2018, in concept form the Q8 is a plug-in hybrid (so maybe you won't need those shares after all) and its styling is a little more imaginative than Audi's existing SUVs. The world probably doesn't need another large SUV, but it's hard not to imagine it selling in large numbers. 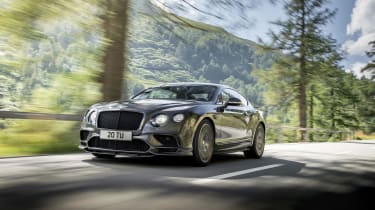 Another Audi SUV, and one that will go head-to-head with the Porsche Macan. Where the previous SQ5 used a diesel engine, the new one packs a 3-litre turbocharged V6, much as you'll find in the Audi S5.

Adaptive dampers are standard and a sport rear differential is available to better distribute power across the rear axle. It's unlikely to turn the SQ5 into an oversteer demon but should make it a little more involving. Audi's appealing virtual cockpit display makes an appearance inside, too. 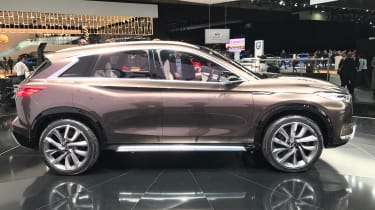 As a swansong for the current generation Bentley Continental, it couldn't be much better: the new Supersports gets a tweaked version of Bentley's mighty W12 engine producing 700bhp and 750lb ft of torque - the latter figure just 2lb ft shy of the six-and-three-quarter litre V8 found in the Mulsanne.

As well as making it the most powerful Bentley road car ever, it also makes it the quickest. 2290kg of car has rarely moved so fast, hitting 62mph in a claimed 3.4sec and going on to 209mph. Aerodynamic elements complete the package. 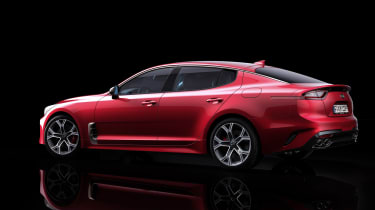 Hot on the heels of the Infiniti QX Sport Inspiration concept (most recently seen at the Los Angeles auto show) is the QX50 concept, previewing the look of a small, sporty crossover due to sit between the QX30 and QX70 in Infiniti's range.

While another crossover is hardly exciting news, the concept will house Infiniti's new variable compression ratio engine, which promises a leap forward in its combination of performance and efficiency. 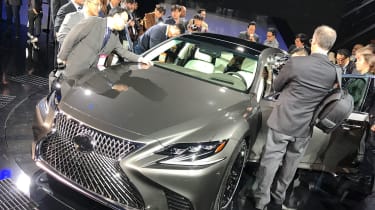 Undoubtedly one of the highlights from this year's Detroit show. And if you can't see the appeal in Kia launching a powerful new rear-wheel drive four-door GT, developed under the watchful eye of the man who used to engineer BMW's M cars, then you might be reading the wrong website.

The Stinger GT packs a 365bhp, 3.3-litre twin-turbocharged V6 engine and sprints to 62mph in 5.1 seconds, making it comfortably the quickest Kia yet. It may be heavy at 1900kg, but with a mechanical limited-slip diff and adaptive suspension it should drive well. 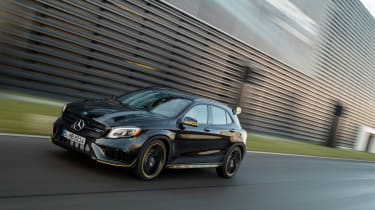 An American launch for the new LS is unsurprising - as it was the American market that was most affected by the launch of the original Lexus LS in 1989 (also at Detroit). That original car rocked American and German luxury brands out of their complacency and has attracted a loyal following ever since.

The latest model has will sit on the firm's new GA-L platform, which also underpins the striking new LC luxury GT. The expected V8 engine hasn't materialised - instead, Lexus has designed an all-new twin-turbo V6 for the car. But it's the styling, and the luxurious interior, which are likely to attract customers. 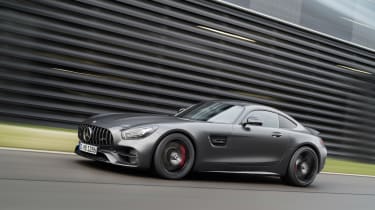 The latest addition to the E-class range is this sleek coupe model - perhaps one of the most attractive cars Mercedes-Benz currently makes.

Essentially, it's based on the current E-class saloon, trading a pair of doors for extra style and in theory, a slightly more dynamic drive from a 15mm lower setup, with a vast list of options to make it even more luxurious. 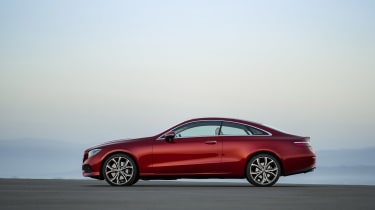 Following on from its recently facelifted A-class and CLA brethren, the compact GLA crossover is next to get styling tweaks. The GLA 45 has also been updated, not least with a special Yellow Night Edition. Daft name, but you can't fail to notice the yellow detailing.

There are small detail changes inside and out, while GLA 45 models also get AMG Ride Control suspension and a Race driving mode. Power comes from the same 376bhp 2-litre as the outgoing car. 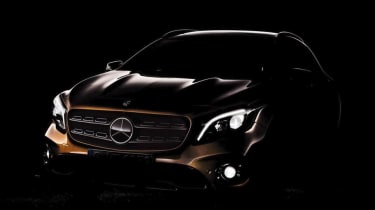 Mercedes-AMG celebrates its 50th anniversary in 2017 and the new Edition 50, based on the equally new AMG GT C coupe, is at least a small part of the firm's celebrations.

It gets a bunch of goodies from the AMG GT R, such as its striking front grille, wider arches, and rear-wheel steering system, as well as a power boost over the GT S. Though ask your Mercedes dealer nicely, and the newly refreshed GT S can also adopt some of these features. 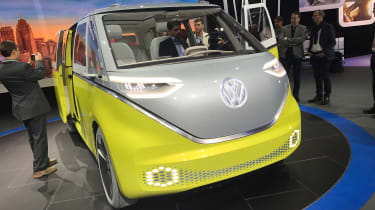 A more traditional performance car now, as Subaru of America reveals an updated WRX STI bound for the Detroit show. Unfortunately, we won't be getting it in the UK, but since changes are only minor we probably won't be missing out on much.

Those changes amount to a small facelift, improved interior materials, improved ride comfort and better brakes. The latter would be the most significant change, going from two-piston to six-piston calipers at the front - but UK cars already have meaty four-piston calipers.

A new MPV wouldn't normally warrant coverage on evo, but there's something fascinating about the company's newfound appreciation for electric drivetrains following the Dieselgate scandal - and the I.D. Buzz follows on from the I.D. concept shown at Paris in continuing that.

It's quick too, which helps. VW has seen fit to endow it not just with a 373 mile range (or 270 miles, on the more realistic American test cycle), but also with 369bhp. There's a suite of technology too, not least the usual autonomous functions. The styling isn't bad, either.